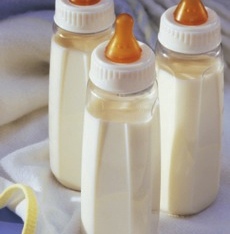 Canada made a bold move in August by adding bisphenol-A (BPA) to its list of toxic substances. With this news making headlines, manufacturers will likely have to start looking into alternatives to the industrial chemical.

Archer Daniels Midland, a company that is based in Illinois and that produces food ingredients, announced in August that it had begun offering an industrial ingredient that just might be a potential alternative to BPA.

Under its line of Evolution Chemicals, the company offers isosorbide, which is made from corn.

The company claims it’s the first in North America to offer renewable isosorbide on a commercial scale.

ADM says isosorbide is a versatile ingredient with a wide range of applications.

It can be used in polyesters for inks, toners, powder coatings, packaging and durable goods; polyurethanes for foams and coatings; polycarbonates for durable goods and optical media; epoxy resins for paints; and detergents, surfactants and additives for personal care and consumer products.

“Today more than ever, people are seeking both consumer and industrial products that are safe and renewable,” says Robert Broomham, business director, ADM Industrial Chemicals.

“Isosorbide offers manufacturers a renewable alternative to the traditional chemicals found in many products.”