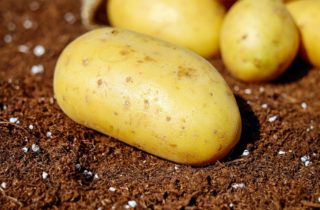 Canada’s vodka compositional standard has been updated to allow the country’s spirits industry to use ingredients other than potatoes in vodka, announced today by Marie-Claude Bibeau, Minister of Agriculture and Agri-Food.

Canadian distillers can now use agricultural ingredients other than potatoes and cereal grain to produce vodka. Allowing the use of new ingredients such as honey, apple, or dairy in vodka production.

To help consumers make informed choices, vodka produced from ingredients other than just potatoes or cereal grain must be labelled accordingly using the statement “Produced from.”

Vodka will remain a neutral alcoholic beverage, meaning it is without distinctive character, aroma, or taste, but the revised standard allows distillers to achieve this outcome by using material or processes other than just charcoal. The only filtration process permitted for vodka under the previous regulations was through charcoal.

The changes to the vodka standard follow the Government of Canada’s announcement in November 2018 on federal actions to enhance competitiveness and facilitate trade. The revised standard means fewer barriers to trade between provinces and territories, and the revised standard aligns with the vodka standard of trading partners, like the U.S. and European Union which allow vodka to be produced from a wide range of materials.

The new regulatory requirements come into force immediately. However, Canadian distillers have until Dec. 13, 2022, to follow the new rules and make any applicable labelling changes.