Today, the American Glass Packaging Coalition (AGPC), a coalition of producers of food and beverage glass packaging containers in the United States, filed petitions asking the U.S. Department of Commerce and the International Trade Commission (ITC) to conduct antidumping (AD) and countervailing duty (CVD) investigations into Chinese imports of glass containers. The petitions assert dumping margins ranging from 264.13 per cent to 818.57 per cent.

As a result of dumping and improper subsidies, the U.S. industry is experiencing severe harm – production, profitability, and employment levels have all suffered as a result of the unfairly traded Chinese imports. Chinese imports of glass containers have escalated significantly, costing U.S. manufacturers sales and injuring American workers.

“The Chinese industry is using unfair pricing practices to capture critical sales from U.S. producers, and this is hurting U.S. companies,” said Daniel B. Pickard, a partner in the International Trade Practice at Wiley Rein LLP, and counsel for the AGPC. “Additionally, the Chinese government has used, and continues to use, unprecedented levels of subsidization to push glass containers into the U.S. market.” The petitions assert that Chinese glass container producers have benefitted from over 35 subsidy programs, including grants, loans, tax programs, and subsidized inputs.

“Antidumping and countervailing duty investigations are powerful tools for U.S. producers that have been injured by unfairly priced imports. A successful outcome, in this case, will not only benefit U.S. manufacturers but it will save numerous American jobs,” said Pickard. 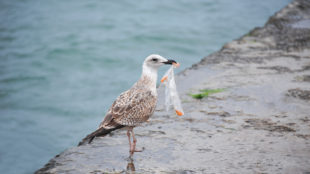