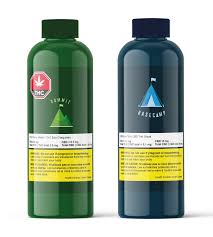 The Valens Company Inc. of Kelowna BC has launched a new higher potency cannabis-infused beverage, Summit 10, under a white label agreement with A1 Cannabis Company (a subsidiary of Iconic Brewing).

Summit 10, a lemonade iced tea containing 10mg of THC, is the third addition to The Valens Company and A1’s line of cannabis-infused beverages. Available in a 355ml bottle, Summit 10 differentiates from the previously released 2.5mg THC-infused Summit beverage, with a flavour profile of citrus and black tea and a higher potency level.  Summit 10 was developed using SōRSE by Valens emulsion technology and is designed for consumers seeking a higher dosage product with faster observed onset times and reduced offset times, housed in a resealable bottle for convenient and controlled consumption.

Earlier this year, The Valens Company introduced its first line of cannabis infused beverages in partnership with A1 Cannabis – Basecamp, a CBD-forward iced tea, and Summit, a THC-forward citrus-flavoured water. Both have quickly gained popularity in the Canadian cannabis-infused beverage market, receiving acclaim for their differentiated taste and customizable dosing from the industry and consumers alike.

“As an anticipated addition to A1’s cannabis-infused beverage line, we bring Summit 10 to the Canadian market, a reimagined THC-forward formulation with more potency and differentiated taste, but with the same quality consumers have come to favour in Summit,” said Tyler Robson, Chief Executive Officer of The Valens Company. “As the Canadian cannabis-infused beverage market matures, it is our commitment to continue to innovate and differentiate for our partners using SōRSE by Valens, but also reinvent trusted products that offer customizable experiences in various potency levels and taste profiles to meet a wide range of consumer preferences. We are thrilled to launch Summit 10 as part of our continued collaboration with A1 Cannabis to introduce new products and increase our collective market share in the rapidly growing beverage segment in Canada.”

Summit 10 is expected to first launch in mid-October in Alberta online and at select retailers, with British Columbia and Ontario to follow shortly after. The Valens Company and A1 Cannabis also expect to release a zero sugar Summit 10 beverage this fall.

About The Valens Company
The Valens Company is a global leader in the end-to-end development and manufacturing of innovative, cannabinoid-based products. The Valens Company is focused on being the partner of choice for leading Canadian and international cannabis brands by providing best-in-class, proprietary services including CO2, ethanol, hydrocarbon, solvent-less and terpene extraction, analytical testing, formulation and product development and custom manufacturing.  Valens is the largest third-party extraction company in Canada with an annual capacity of 425,000 kg of dried cannabis and hemp biomass at our purpose-built facility in Kelowna, British Columbia which is in the process of becoming European Union (EU) Good Manufacturing Practices (GMP) compliant.  The Valens Company currently offers a wide range of product formats, including tinctures, two-piece caps, soft gels, oral sprays and vape pens as well as beverages, concentrates, topicals, edibles, injectables, natural health products and has a strong pipeline of next-generation products in development for future release.  Finally, The Valens Company’s wholly-owned subsidiary Valens Labs is a Health Canada licensed ISO 17025 accredited cannabis testing lab providing sector-leading analytical services and has partnered with Thermo Fisher Scientific to develop a Centre of Excellence in Plant-Based Science.