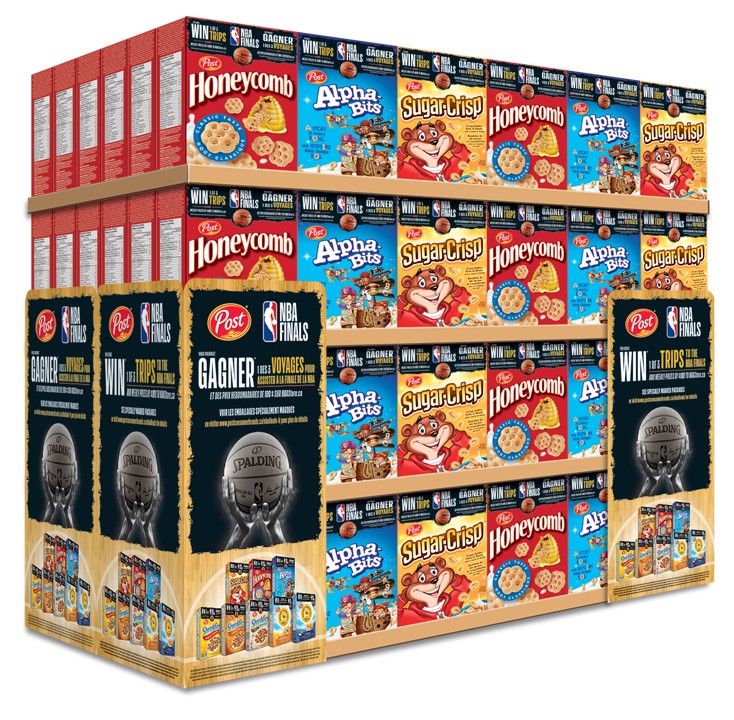 The multiyear partnership, which includes iconic Post Food Canada’s cereals: Shreddies, Honey Bunches of Oats, Honeycomb and more, will launch with an exciting national promotion, giving fans in Canada the opportunity to win a unique NBA experience this season. More information on the experience and how to enter can be found at www.postconsumerbrands.ca/nbafinals.

“We jumped at the chance to partner with Post Foods Canada, makers of iconic cereals,” said NBA Canada Managing Director Leah MacNab. “Whether families are gathering over breakfast or watching an NBA game, shared traditions and inspiring quality time at home are hallmarks of both brands, and we’re thrilled to reach more Canadian fans together.”

“Partnering with such an exciting property as the NBA is a slam-dunk” said Post Marketing Vice President David Bagozzi. “From contests, fan prizing and content we look forward to working in partnership with the NBA to bring unique and exciting experiences to our consumers and customers.”

About the NBA
The NBA is a global sports and media business built around four professional sports leagues: the National Basketball Association, the Women’s National Basketball Association, the NBA G League and the NBA 2K League. The NBA has established a major international presence with games and programming in 215 countries and territories in nearly 50 languages, and merchandise for sale in more than 100,000 stores in 100 countries on six continents. NBA rosters at the start of the 2019-20 season featured 108 international players from 38 countries and territories. NBA Digital’s assets include NBA TV, NBA.com, the NBA App and NBA League Pass. The NBA has created one of the largest social media communities in the world, with 1.6 billion likes and followers globally across all league, team, and player platforms. Through NBA Cares, the league addresses important social issues by working with internationally recognized youth-serving organizations that support education, youth and family development, and health-related causes.