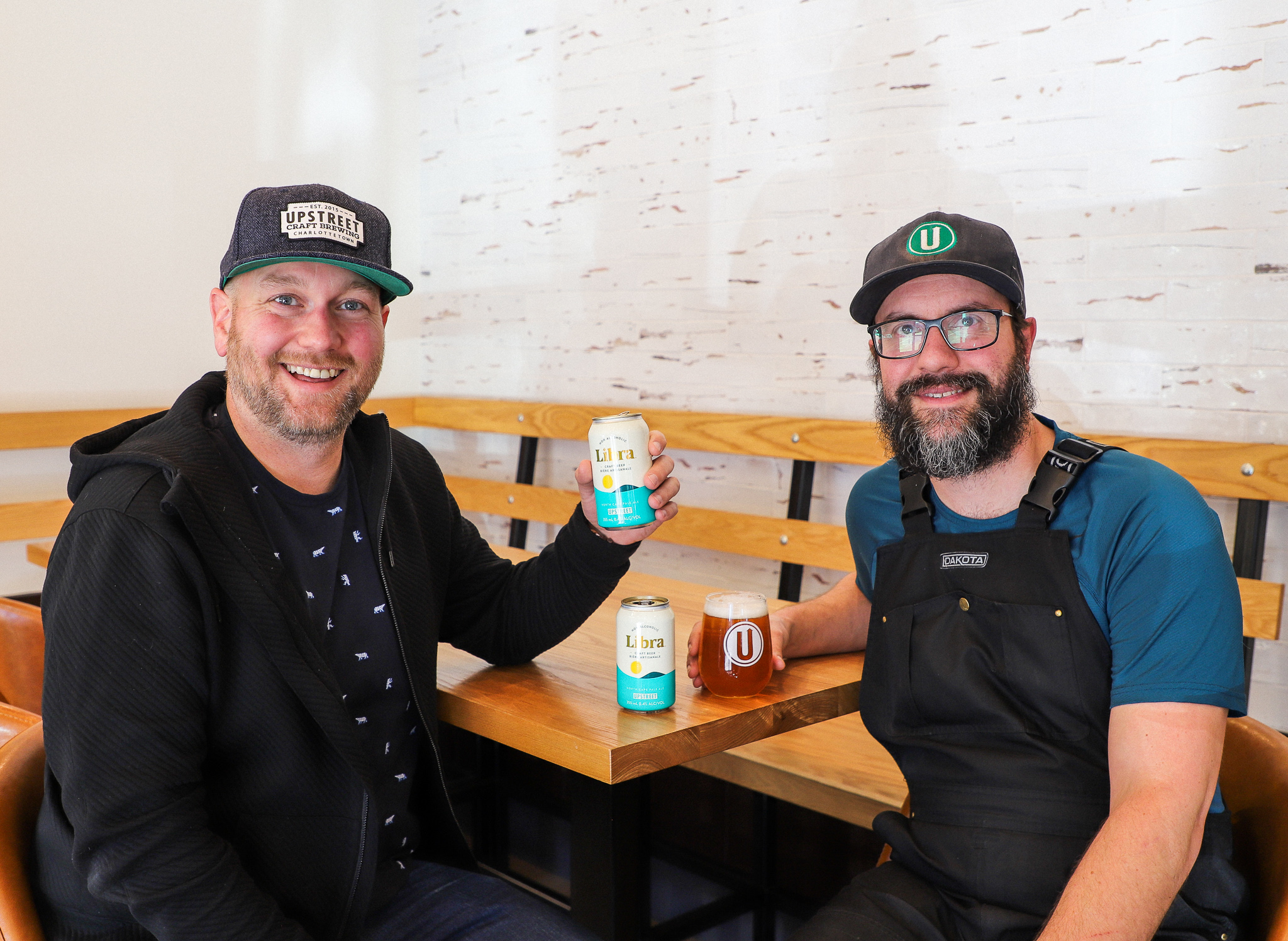 Charlottetown, PEI-based craft brewery Upstreet Craft Brewing is making a splash in the Canadian non-alcoholic beer market with the nation-wide release of their flagship Pale Ale.

Upstreet Craft Brewing has launched a new line of non-alcoholic craft beers under the brand name Libra. After 2 years of research and development, the brewery developed a method of creating non-alcoholic beer that does not rob it of its craft beer appeal. “It’s essentially brewed the same way as our other alcoholic beer with the addition of small but important tweaks throughout the process,” said Head Brewer and Co-Owner Mike Hogan, “these changes ensure the beer doesn’t ferment past 0.4% alcohol, while still allowing for full-body flavours because we are not deacoloholizing the beer like in traditional methods.”

Libra was inspired by the need for the owners to find balance in their lives. CEO and Co-Owner Mitch Cobb said he wanted to create a non-alcoholic craft beer with the same hops and flavours of traditional craft beer, with a fraction of the calories and no alcohol. “Working in the beverage industry, there is always an occasion for a beer. Over time, we wanted to be able to socialize without sacrifice but were surprised at the lack of options in the market. Developing our own non-alcoholic craft beer seemed like the best answer to find our balance. We wanted to create one that stayed true to the taste and feeling of having a craft beer without the alcohol or excessive calories. It’s been a lot of trial and error, and we’re really proud of what we’ve created.”

The first beer in their portfolio is North Cape Pale Ale – a light, crisp pale ale with a refreshing amount of citrus hoppiness and a crisp finish. With only 30 calories and 0.4% ABV, Libra leaves you feeling refreshed, rather than run down.

Libra is available in Upstreet’s 3 locations in Prince Edward Island and Nova Scotia, and online for delivery nation-wide at www.drinklibra.ca.