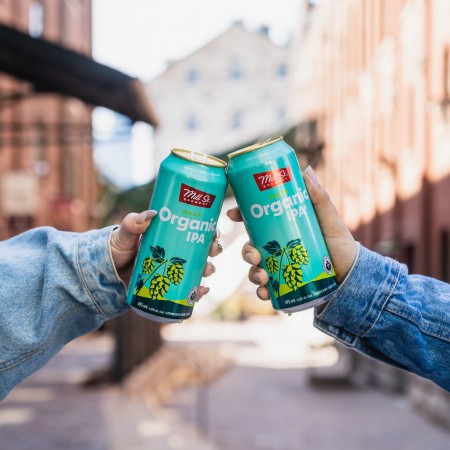 Toronto’s Mill Street Brewery launched a new visual re-brand for Ontario’s premier organic lager, as well as its core lineup of fully certified organic beers brewed in Toronto. This is the first re-brand Mill Street has undergone since launching in 2002 with the purpose of better telling the Mill Street organic story.

“With 6 out of 10 Canadians actively searching for organic products to avoid processed foods and artificial ingredients, we wanted to better showcase the ingredients, processes and high-quality standards used to make our Organic beers,” says Sam Jacobs, Vice President Marketing at Mill Street Brewery. “We’re doing this because we believe that beer can be made better and support a healthier ecosystem. And the Organic lineup delivers on this with our natural ingredients, a certified organic
brewing process, and more sustainable packaging.”

Over the last few years, there has been a dramatic increase in the number of Canadians buying organic products, with millennials and centennials being major drivers of this trend. This same audience makes purchasing decisions based on factors like brand values and what ingredients are put into their products. The new creative of the Organic lineup better tells the brand’s story of using organic ingredients and a completely organic brewing process to deliver a clearly better beer while also creating a cohesive brand aesthetic across the whole organic lineup. With the refreshed brand consumers can easily and quickly
spot any of the Organic beers while shopping and know they’ve found a beer that is environmentally responsible.

“For us, how it’s made makes all the difference,” adds Jacobs, “Generally, certified organic beers are more difficult, complicated, and time consuming to brew. But, organic beers are pure, great tasting and made without preservatives or chemicals. And it was that pursuit of better that lead us to a new, modern and cohesive visual identity for our brand. While the new branding is contemporary and eyecatching, we were purposeful in showing the elements of organic practices, such as the honestly imperfect grains and the rich soil of the farms from which we source our ingredients, alongside the gold
accents that indicate a clearly better beer.”

Mill Street’s organic lineup is now available for purchase nationally, including at all LCBOs and The Beer
Store locations in Ontario.