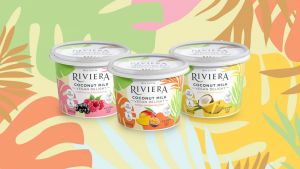 “Riviera is meeting the needs of Canadians who don’t have access to as many alternatives as in Europe or the United States,” explained Martin Valiquette, general director at Maison Riviera. “It’s our goal to be a part of this current ethical shift by offering vegans a nutritionally complete, dairy alternative that meets their specific dietary needs while preventing nutritional deficiencies.”

The Vegan Delight line is tapping into a high demand market. According to a study conducted by Dalhousie University in 2018, 7.1 per cent of Canadians are vegetarians and 2.3 per cent are vegans.  American vegan alternatives to dairy products held 25 per cent of the market share in 2016, which is expected to increase to 40 per cent in 2019. The trend also suggests market shares for vegan cheese should increase at a rate of approximately 7.6 per cent per year until 2024.