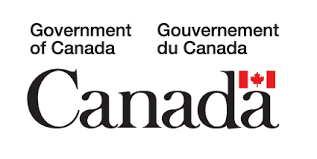 The Honourable Dan Vandal, Minister of Northern Affairs, on behalf of Marie-Claude Bibeau, Minister of Agriculture and Agri-Food, today highlighted Government investment of up to $10.8 million through the Surplus Food Rescue Program to the Fisher River Cree Nation (FRCN).

The Fisher River Cree Nation of Northern MB will rescue up to 1.4 million pounds of freshwater fish caught from inland lakes of Canada. Working with the Freshwater Fish Marketing Corporation, the surplus product will be distributed to more than 75 Indigenous communities throughout Manitoba, Saskatchewan and the North.

The innovative Surplus Food Rescue Program is a $50 million federal initiative designed to address urgent, high volume, highly perishable surplus products falling under horticulture, meat and fish and seafood. More than $15.5 million has been allocated for the fish and seafood industry. This means 2.6 million pounds of fish and seafood, including walleye, salmon, tuna sole and pollock, scallops, and blue mussels will be purchased and distributed to families and organizations across Canada.

These surpluses were created because the COVID-19 pandemic largely shutdown the restaurant and hospitality industry, leaving many producers without a key market for their food commodities. Ten per cent of the food purchased through the program have been designated for Northern populations.

The Program awarded contributions to eight organizations that leverage existing food redistribution and recovery networks and agencies, who will bring the food to every region in the country. Partners, which include leading not-for-profits such as Food Banks Canada and Second Harvest, will redistribute products such as potatoes, fish, chicken, turkey, eggs, and more.

“Food security is an important issue in the North, and it’s about more than lowering the cost food. We are committed to improving food security through a whole-of-government approach that includes working with Provinces, Territories, Indigenous leadership and communities. Recognizing the unique needs of Northern and Indigenous communities, this project will play a key role in ensuring families struggling to find healthy food during the pandemic have access to a variety of surplus products, including much needed fish.” – The Honourable Dan Vandal, Minister of Northern Affairs and Member of Parliament for Saint Boniface—Saint Vital

“Fish and seafood are a valuable source of protein for many Canadian families. Through this initiative we are able to rescue a significant portion of this year’s harvest and ensure it gets onto the tables of those who need it most while improving food security in the North.” – The Honourable Marie-Claude Bibeau, Minister of Agriculture and Agri-Food

“Our freshwater fisheries are well placed to be able to provide this valuable food to communities both in the north and in the prairies. Thankfully, this fish will not be surplused and will be able to make its way onto family tables.” – Terry Duguid, Parliamentary Secretary to the Minister of Economic Development and Official Languages and to the Minister of Environment and Climate Change

“Fisher River Cree Nation (FRCN) would like to thank Minister Bibeau and her Ministry’s support for providing the funding to distribute surplus fish to First Nation communities. The funding received from Agriculture and Agri-food Canada will allow FRCN to provide healthy food to First Nation communities during this challenging time. In partnership with the Assembly of Manitoba Chiefs, the Freshwater Fish Marketing Corporation and industry partners, FRCN will help in restoring economic growth in First Nation communities and improving the economic impact to fishers that have been affected by the Covid-19 pandemic.” – Chief David Crate, Councilors Darrell Thaddeus, Vince Crate, Carl Cochrane, Josh Sinclair, Fisher River Cree Nation”

o             Over $77 million in funding for the Emergency Processing Fund (EPF), whose objectives include helping companies implement changes to safeguard the health and safety of workers and their families.

o             $50 million in funding for the Mandatory Isolation Support Program for Temporary Foreign Workers to help the farming, fish harvesting, and food production and processing sectors cover the incremental costs associated with the mandatory 14-day isolation period imposed under the Quarantine Act on temporary foreign workers upon entering Canada.