First paper straw to be produced in the GTA 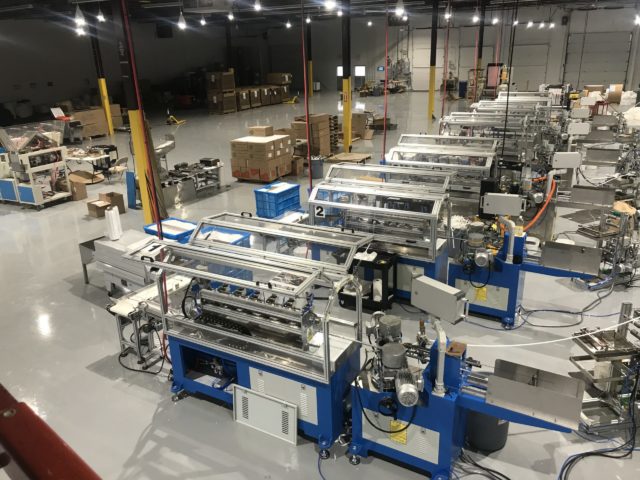 Future Care Packaging, a new Canadian company, is the first Toronto-area company to produce biodegradable paper straws. The company will be supplying the straws to restaurants and stores across North America, creating an environmentally friendly alternative to a major source of pollution.

“Canada alone uses 57 million straws each day, mostly plastic,” said Mark Zeidenberg, a partner in the new company and an entrepreneur with 35 years of experience in the paper industry. “And in the United States, they’re using close to 600 million straws a day. It’s a major problem.”

Zeidenberg and his paper-industry colleagues, John Lombardi and Charles Provvidenza, have partnered in the new venture to help reduce plastic pollution and bring a high-quality alternative to the market.

He explained that foreign-made paper straws are being imported in North America, but their production is not always monitored or regulated. “We’ve opened an ultra-clean plant, using government-approved paper, glues and inks.”

Not only must a plant producing consumer items be clean; the materials used to make the straws must also be safe for human contact.

“Everything we use will be CFIA or FDA approved for food contact,” said Provvidenza.

Future Care Packaging is bringing jobs to the Greater Toronto Area and has already begun the hiring process.  It plans to hire up to 24 employees in its first year and will be shipping millions of straws each week to customers looking for a safe, biodegradable product.

While paper straws appear to be a simple item, they are difficult to produce. Not only must the materials be safe for human contact, but the straws must also retain their shape as a liquid is drawn through them. Plain paper will quickly collapse after getting wet, but a well-made paper straw will keep its shape and form.

Zeidenberg and his partners are investigating demand for other environmentally friendly replacements for plastic food service packaging as well, such as bags, cutlery, cups and other food containers.

Future Care Packaging is ramping up the paper straw and consumables business at an opportune time, as awareness of the pollution created by disposable plastics increases and municipal governments and Ottawa are looking into banning single-use plastics.

In June, the Liberal government in Ottawa announced it plans to ban single-use plastic items like straws, bags and cutlery. The ban would come into effect in 2021. Styrofoam products like cups and containers may also be included.

A report issued earlier this year by consulting firms Deloitte and ChemInfo Services, and commissioned by Environment and Climate Change Canada, found that in 2016, only nine per cent of plastic waste was recycled in Canada and 87 percent ended up in landfills.