August 2020 data shows that organic products sold in Canada now account for 3.2 per cent of all grocery sales. Canadian consumers are spending $6.9 billion annually on organic products. This is up from 2.6 per cent and $5.4 billion in 2017.

The Canada Organic Trade Association (COTA) commissioned Leger 360 to poll 1,000 consumers nationally in August to gauge the perception and appetite for organic food during the pandemic.

Purchase locations
Eight-in-ten (82 per cent) Canadians who buy organic food regularly shop for organic food at regular grocery stores, up from 75 per cent in 2016.

One-third of consumers (32 per cent) buy organic food directly from farmers (e.g. farmers’ market, veggie box), up from 25 per cent in 2016.

Quote
“The data shows that Canadians are buying more organic products year over year, even during a global pandemic. From avoiding exposure to pesticides to higher animal welfare standards, consumers are making choices that align with their health priorities and values,” said Tia Loftsgard, Executive Director of COTA.

About the Canada Organic Trade Association
The Canada Organic Trade Association is a membership-based association for the organic industry in Canada: representing growers, processors, certifiers, provincial farmers’ associations, importers, exporters, retailers and others throughout the organic value chain. COTA’s mission is to promote and protect the growth of organic trade to benefit the environment, farmers, the public and the economy. COTA brings together the diversity of Canada’s organic sector: from farmer and processor to retail, including food products, fiber and textiles, personal care, and emerging sectors such as organic aquaculture. www.canada-organic.ca 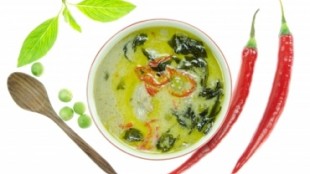 Seafood farmers and consumers have an organic option