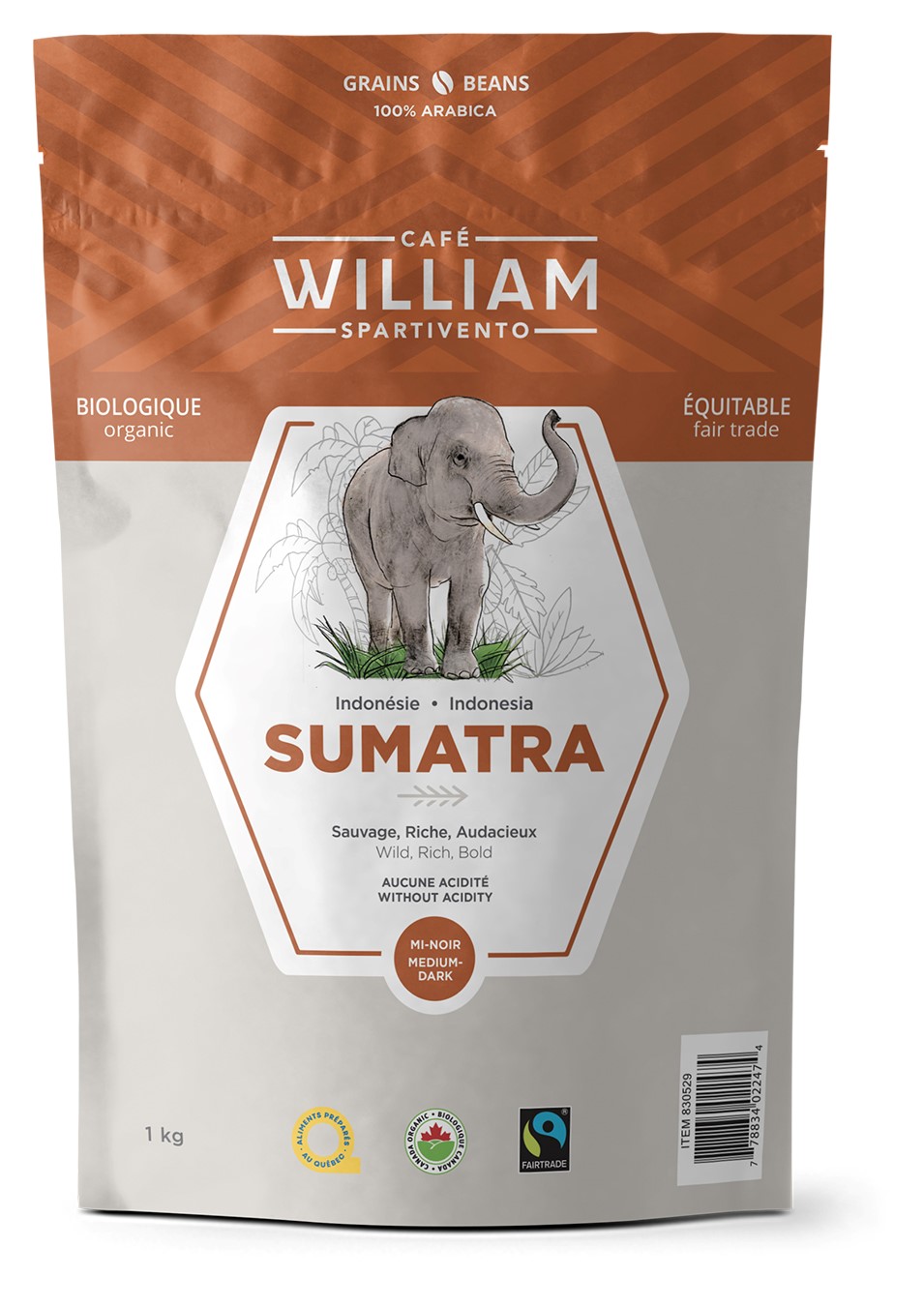 SUMATRA coffee from Quebec-based Café William can now be purchased at all Costco locations across the country and on costco.ca. Coffee farming accounts for a large part of the equatorial island’s economy, and in 2019 alone, Café William donated nearly $1 million in Fairtrade and organic premiums for its SUMATRA product. With the expansion of the market into Canada, the company projects that even more substantial premiums will be paid to Sumatran producers in the next year to invest in social, environmental and economic development projects of their choice.

Supporting sustainable development, one bag at a time
“The well-being of Café William’s extended family members, from one end of the globe to the other, is at the heart of our business strategy. The arrival of SUMATRA in Western Canada represents an enormous potential for the local economy of Indonesian coffee producers,” explained Rémi Tremblay, CEO of Café William, when asked about this coffee that was previously marketed mainly in Quebec. The Quebec company has supported Fairtrade Canada since its founding in 2003.

Thanks to Café William’s commitment, the producers of the island of Sumatra were able to carry out several projects based on their needs, such as providing access to drinking water in more than 90 residences, building roads to make it easier for the community to get to the farms, erecting a solid wall to protect the elementary school from landslides, acquiring more efficient agricultural tools and providing help for several other projects.

Organic farming: An eco-friendly and delicious choice!
SUMATRA’s coffee farming involves no pesticides, chemicals or herbicides to be in harmony with nature! Organic coffee cultivation ensures the purity of the island’s air, water and soil, and an exceptional quality product in every cup. SUMATRA is strong but free from acidity; its rich, bold flavour tantalizes the taste buds. The popular full-bodied Arabica is roasted and packaged in Sherbrooke.

SUMATRA in 1 kg packages is now available at all Costco locations in Canada and on costco.ca exclusively for $16.99.

About Café William
Founded in 2003, Café William is a Quebec roaster focused on the production of organic and fair trade coffees. It markets exceptional quality coffees from all over the world and strives to make them accessible to as many consumers as possible at prices comparable to conventional coffees. The Quebec company is one of the largest importers of Fairtrade coffee in Canada, a certification it has carried since its founding. Its factory follows the highest food safety standards in the industry, namely SQF (Safe Quality Food). cafewilliamspartivento.com