Be Sweet Honey Spread, made in Ontario 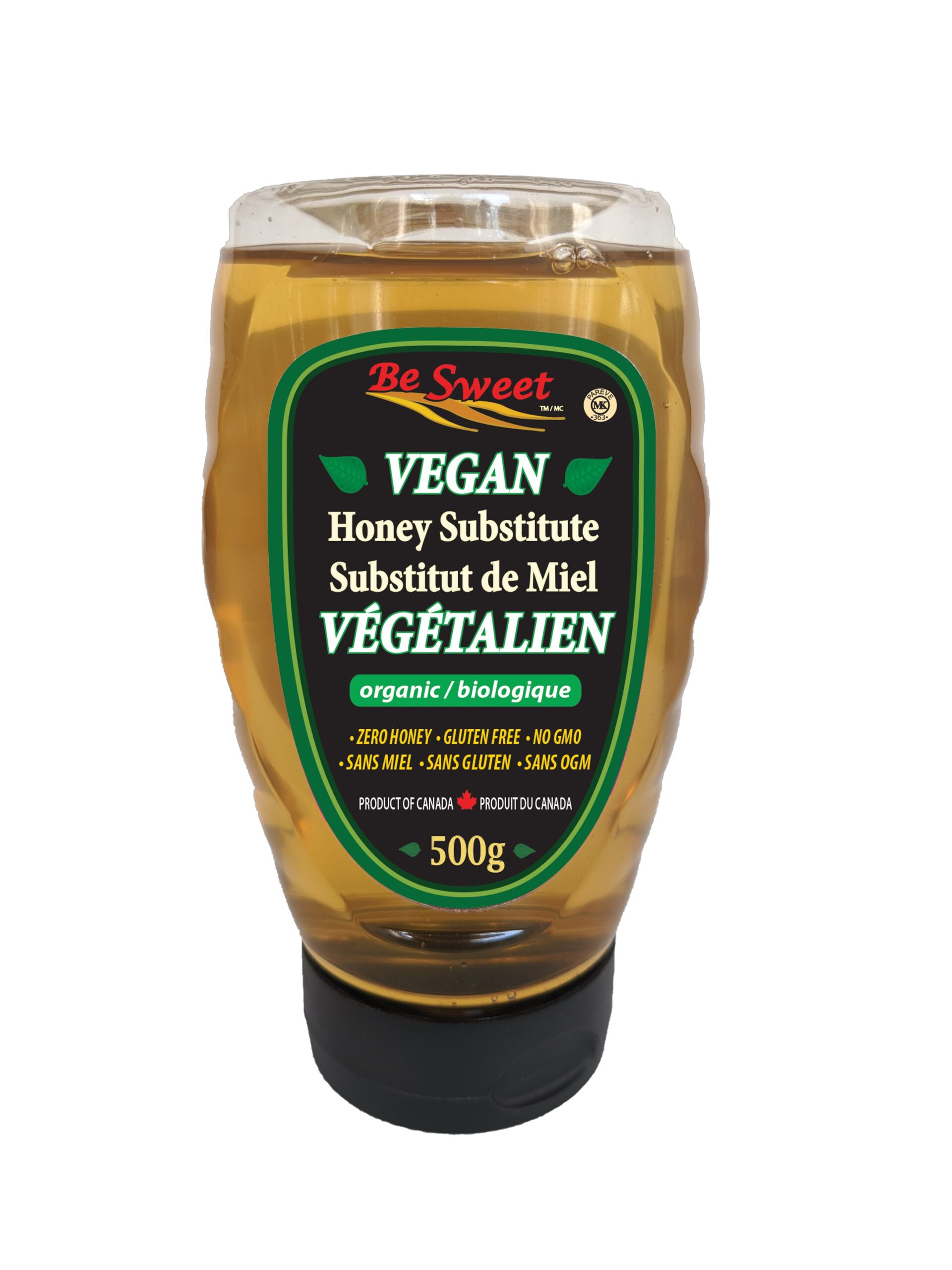 In almost every way, Be Sweet Honey Spread is just like honey. It looks like honey, tastes like honey and behaves like honey. Whether on a sandwich with peanut butter, in your soothing morning tea or in your baked goods, you can’t tell the difference between Be Sweet and honey — except that it is friendly to bee populations, won’t crystalize while stored in your cupboard and only costs a fraction of the golden liquid harvested from a hive.

“There is nothing else like this on the market,” says Mario Fleury, President of Be Sweet. “We always wondered why there was a table syrup as an affordable replacement for maple syrup, but nothing similar for honey. So my partner Eric Russell and I created it. Be Sweet gives consumers, restaurants and food processors a cost-effective alternative to honey that has all of the attributes of honey.”

Proudly produced in Mississauga, Be Sweet Honey Spread and Be Sweet Vegan Honey Substitute are currently front and centre in the Ontario Made program being featured at Loblaws stores across Ontario. Created by the Canadian Manufacturers & Exporters (CME), Ontario Made is supported by the government of Ontario and aims to promote and support locally-made products in the midst of the province’s economic recovery from the COVID-19 pandemic.

“Loblaws has been a great partner that has really put Be Sweet and other Ontario businesses on showcase,” says Mr. Fleury. “Through its support of the Ontario Made program, Loblaws has put the strength of one of the province’s leading retail chains behind the launch and promotion of innovative products coming from Ontario companies.”

Be Sweet was initially created to serve large food processors and foodservice chains as an affordable alternative to honey. But looking to fill a gap in the market, it is now available to consumers as a cost-effective option in 500 gram and one kilogram inverted bottles.

Be Sweet offers several benefits:
• It’s cost effective. While the honey spread is made in part with real Canadian honey to give it the desired background notes of honey, it is blended with sweeteners made from corn to significantly reduce the cost yet still maintain the same sweetness and flavour as honey.
• It’s indistinguishable from honey. Be Sweet Honey Spread looks, pours and tastes just like honey. Very few people, including experts, were able to tell the two apart in blind taste tests, and the nutritional value of Be Sweet Honey Spread is very similar to honey. It not only tastes exactly like honey, but it also bakes and cooks like honey as well.
• It has advantages over honey. Honey is susceptible to crystallization; a process triggered by the pollen and impurities found in honey, the glucose (sugar) separates from the water to form crystals. Be Sweet Honey Spread has much less pollen, and uses natural glucose derived from corn. It is formulated to not crystalize, even in extreme temperatures as low as -20°C.
• It has a vegan option. Be Sweet Vegan Honey Substitute tastes just like honey without using any honey at all. It is formulated using a specific blend of organic cane sugar, organic rice syrup and organic molasses to give it the same sweetness, viscosity and true golden colour as honey.
• It’s bee friendly. It can be hard to know if the honey you are buying was harvested using ethical practices that protect bee populations. Be Sweet Honey Spread is 90 per cent bee friendly, and the honey that is used is entirely from Canadian apiaries. Be Sweet Vegan Honey Substitute contains no honey at all, meaning it is 100 per cent bee friendly.
Be Sweet fine products are available at Loblaws, Your Independent Grocer, Valu-Mart, City Market and other select fine grocers across Ontario. Be Sweet Vegan Honey Substitute is also available at various health food stores across Ontario and Quebec.