For years now, Stephen Cunnane, a professor and researcher at the Université de Sherbrooke and the Centre de recherche sur le vieillissement du CIUSSS de l’Estrie – CHUS, has been interested in the benefits of ketones as a source of energy for the brain. His efforts have paid off, as his research has led to a drink that can significantly improve cognitive function in people at a high risk of developing Alzheimer’s disease.

With the help of TransferTech Sherbrooke, whose mission is to help commercialize inventions based on research at the Université de Sherbrooke, Dr. Cunnane is seeing the ketogenic drink become a reality in the market.

“We were able to partner with Nestlé Health Science to fund not only part of the clinical trials in Sherbrooke but also the marketing of a product that will soon be available to patients,” he explained.

“We are particularly proud of this agreement, as this partnership clearly shows that research in Sherbrooke is of a very high quality and concretely responds to the needs of the community,” said Michel Lambert, President and CEO of TransferTech Sherbrooke.

From lab to patient: BrainXpert

Starting in the coming weeks and by the end of 2020, a formulation of the ketogenic drink used in Dr. Cunnane’s research will be released in Europe first for people experiencing mild cognitive decline by Nestlé Health Science under the name BrainXpert, a food for special medical purposes for the dietary management of MCI.

Nearly one in five Canadians over 65 experiences memory problems. Half of these cases get worse over time and lead to Alzheimer’s. Treatment of this neurodegenerative disease needs to start as early as possible with a preventive approach because the illness can lie “dormant” in the brain for years before the first symptoms appear. 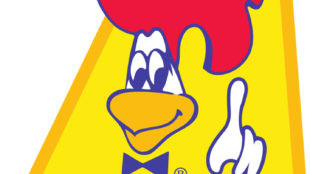