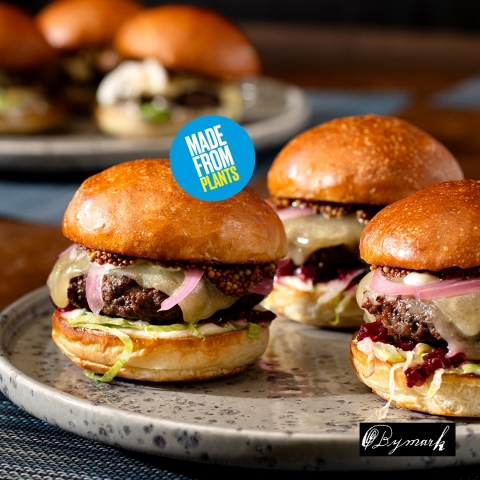 Today, some of Canada’s chefs are launching Impossible Foods’ flagship product at their restaurants from coast to coast.

In response to overwhelming demand, the award-winning Impossible Burger will become available later this year in a wide variety of additional restaurants and grocery stores nationwide — but patrons of the country’s top restaurants can get an exclusive sneak peek for the next two weeks.

Starting today, Canadians can try the plant-based Impossible Burger in world-class restaurants by:

Impossible Burger is also debuting today at several other elite Canadian establishments, prepared by their innovative chefs — and diners at these restaurants are eligible to win an “Impossible Mystery Box.” Everyone will get a goodie bag of Impossible merchandise when they order an Impossible dish at the following restaurants (while supplies last):

Some of the “Mystery Boxes” will include an extra-special prize. To learn more about Impossible Mystery Box and the participating restaurants, please visit www.impossiblefoods.ca/hello-canada.

Canada is Impossible Foods’ first international market outside of Asia and will soon become the company’s largest market outside of the United States. Impossible Burger will debut in more locations throughout Canada in the upcoming weeks, and it will be sold in grocery stores starting later this year.

“The launch of Impossible Burger in Canada is a watershed moment for Impossible Foods — a proof point and accelerator for the international movement toward a sustainable, plant-based food system,” said Impossible Foods’ CEO and Founder Patrick O. Brown. “I’m also 100% confident that Canada’s world-class chefs will create some of the most delicious and unique Impossible dishes on the planet.”

While the average Canadian eats 25.4 kilograms of beef per year, a growing percentage of them are looking to reduce cholesterol and buy products with a smaller carbon footprint. Half of Canadians eat animal meat every day — but younger generations are leading the shift to a sustainable, plant-based food system.

Impossible: Better in Every Way

Impossible Burger is delicious in any ground meat dish, including pastas, stews, chili, sauces, braises, dumplings, meatballs, meat pies or any other beefy menu item. It’s easy to cook on the BBQ, charbroiler, flat top grill, high speed oven, steamer or sauté pan. Chefs can use the Impossible Burger in recipes from lasagne to lo mein and from burgers to beef wellington.