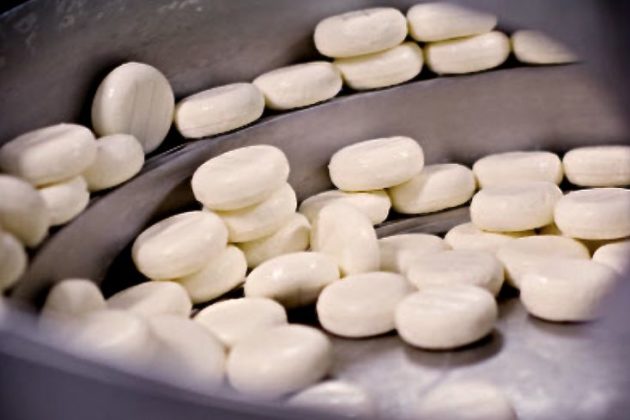 The producers of those little individual cheese snacks in the red wax shells plan to start making them at their own new Canadian plant starting in early 2020.

France’s Bel Group, whose brands in Canada include The Laughing Cow, Boursin and the aforementioned Mini Babybel, announced Thursday it will put up $87 million to build its first Canadian plant at Sorel-Tracy in Quebec’s Monteregie region.

The plant will be “fully dedicated” to making Mini Babybel cheese snacks, which the company said are “very popular with Canadian consumers.”

The plant, to be built next door to another local dairy, Laiterie Chalifoux, is expected to create 170 jobs between the production site and Bel Canada’s head office in Montreal, and to “contribute to growing demand for Canadian milk.”

The Bel Group said it expects to generate “industrial synergies” through its proximity to Laiterie Chalifoux, which has operated at Sorel-Tracy since 1920.

The French firm said the plan lines up with its strategy of “prioritizing local manufacturing to bolster the company’s growth in the Canadian market.”

“With this new plant, we are becoming a full-fledged Quebec dairy processor,” Bel Canada president Catherine Thomas said in a release.

“Bel has been marketing its products in Canada since 1957, and we know the local dairy sector’s expertise.”

The company’s Canadian subsidiary, in business since 2005, today imports products such as Mini Babybel, Apericubes, Kiri and Port-Salut from Bel plants overseas.

Its Laughing Cow cheeses for the Canadian market, meanwhile, have been produced at Fromagerie Bergeron of St-Antoine-de-Tilly, near Quebec City, since 2007. Its Boursin cheeses for Canada have been made at Agropur’s St-Hyacinthe cheese plant since 2011.

Having Mini Babybels produced in Canada with Canadian milk, rather than imported, is “good news for local dairy producers. This investment will generate employment and much-needed economic benefits in our regions,” Bruno Letendre, chair of Les Producteurs de lait du Quebec, said in the Bel Group’s release.

“The building of a new processing plant in Sorel-Tracy will create jobs for Canadians, adding to the 221,000 jobs supported by the dairy sector,” Dairy Farmers of Canada president Pierre Lampron said in a separate statement, also noting Canadian dairy farmers will benefit from the demand for Canadian milk.