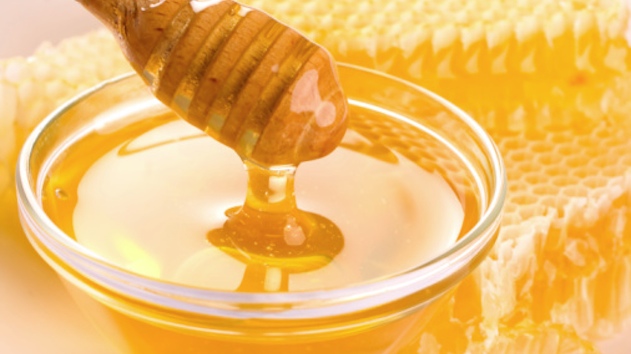 Aylesford, N.S. – Honey bees in Ontario did not fare that well in Ontario this year: more than half of them didn’t survive.

The finding comes from the Canadian Association of Professional Apiculturists’ (CAPA) 2014 report on honey bee wintering losses in Canada.

In 2014, CAPA’s National Survey Committee developed a core set of questions that provincial apiarists’ surveys could use to report on honey bee wintering losses in their provinces.

Over the winter of 2013/2014, the average level of wintering loss of honey bee colonies (that is, colony mortality or colonies too weak to be commercially productive at less than three frames of bees) across Canada was 25 per cent.

Ontario experienced 58 per cent winter mortality. So when Ontario’s numbers are removed from the calculation, the national mortality drops to 19.2 per cent, says CAPA.

However, a proportion of beekeepers in Ontario had a much lower level of mortality (nine to 22 per cent) compared to the provincial average. 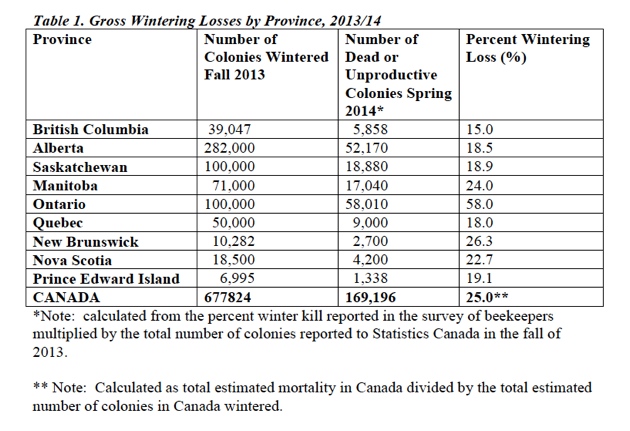 This year winter mortality across Canada follows an elevated year of colony winter mortality in 2012/2013, says CAPA. The association stresses that it’s important to look at the long term, multi-year trend of winter mortality in Canada. It is important to consider variations, by region, beekeeping operations and year. It is notable that the winter losses have been reduced by 25 per cent, going from as high as 35 per cent from 2007-2008 down to on average 20 percent since 2009/2010.

CAPA says the impacts of pest, pathogen and environmental factors continue to be a challenge through the year to beekeepers across Canada.

There are a variety of strategies that have been pursued to address these challenges including:

Also being considered are regulatory actions to address bee pests and pathogens that may threaten the industry. CAPA says the industry is also supporting transferring technology and extension services to beekeepers to help promote best management practices.

CAPA adds that the future of beekeeping will depend on a multi-factorial approach to address risks associated with honey bee health and industry development and sustainability in Canada.