Uttara Balada Inc. produces Live Kombucha and has seen sales of this lightly effervescent, fermented tea skyrocket 2,000 per cent since 2014. 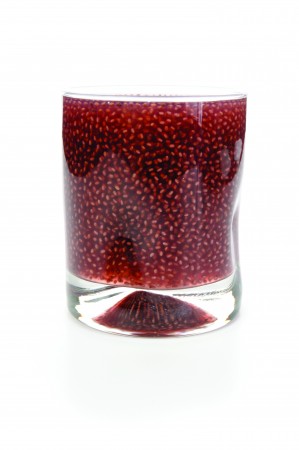 Fermented flavours are on the rise, according to an intelligence report by U.S. marketing and communications firm J. Walter Thompson.

Traditional foods such as sauerkrauts and kimichi and drinks such as kefir and kombucha are finding favour with a broader audience who not only love the soured tastes and but also the health benefits.

Uttara Balada Inc., based in Guelph, produces Live Kombucha and has seen sales of this lightly effervescent, fermented tea skyrocket 2000 per cent since 2014. Lorman Ip, CEO and president of Uttara Balada, expects sales to continue to “snowball when people understand what type of product this is.”

Kombucha is a naturally carbonated beverage made by fermenting black or green tea and sugar with a culture of various bacteria and yeasts. While fermented teas in China date as far back as 221 B.C., it’s only in the last decade that kombucha has become more widely known in North America thanks to celebrities such as Madonna, Halle Berry, and Lindsay Lohan who have been spotted sipping the fizzy beverage.

Indeed, kombucha has been hailed as an anti-aging elixir, it has so many benefits such as detoxification, improved digestion, mental clarity, and mood stability. Yet Ip says he does a lot of public education when he samples Live Kombucha in Southern Ontario. “There’s a huge untapped market here,” he says.

What’s more, it’s almost by accident that Ip discovered kombucha himself. Ip has a self-confessed obsession for tea, as well as a passion for wine making. His failed experiments in making tea wine led him to look at other possibilities. But it was only during a slow shift at Guelph General Hospital in 2012 that Ip stumbled upon kombucha, having searched the internet using the key words, tea and fermentation. “I was kicking myself for not knowing this ever existed,” says Ip, who is a PhD candidate at the University of Guelph in the Human Health & Nutritional Sciences department.

Shortly after Ip got his first taste of homemade kombucha at local restaurant The Happy Traveller Cafe & Bistro. “It wasn’t bad but I knew I could do better,” he says. Purchasing a starter culture or SCOBY (Symbiotic Colony of Bacteria and Yeast) from the restaurant owners, Ip started brewing his own kombucha which quickly became popular with friends and family.

As fate would have it, owners of The Happy Traveller decide to close down and move west. Their kombucha company, Live Kombucha, was up for sale and they called Ip first.

Founding Uttara Balada in February 2014, Ip hasn’t looked back. Live Kombucha is certified organic and comes in three flavours: Lemon Ginger, Orange Oolong, and Naked Blend. It’s available in bottles, distributed through Ontario Natural Food Co-op to over 100 retail stores, and on tap to 11 restaurants, pubs and cafés in the Southern Ontario area.