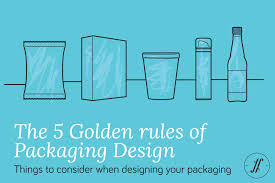 More than twenty Canadian retail and consumer packaged goods companies are among the first to support new global “Golden Design Rules” to improve plastics recycling and reduce landfill and pollution.

The rules acknowledge the importance of plastic packaging for food quality and safety, while encouraging companies industrywide to make packaging decisions that better support recycling systems. In addition to keeping plastic out of landfill and nature, designing packaging to be more recyclable is an important first step in converting a take-make-waste linear economy into a circular economy where the ingredients of plastic packaging are captured and reused.

The Golden Design Rules were established and announced this week by members of The Consumer Goods Forum (CGF) Plastic Waste Coalition of Action, a coalition of some of the world’s largest retail and consumer brands, based on voluntary 2025 targets and a common vision of a world where no plastic waste ends up in nature – land or sea.

Golden Rule 1: Increase value in polyethylene terephthalate (PET) recycling. a) Use transparent and uncoloured PET (preferred), or transparent blue or green in all PET bottles; b) Ensure material choice, adhesive choice and size of sleeve or label is not problematic for recycling.
PET is one of the most commonly used plastic materials. This rule applies to all PET bottles in food and non-food applications, including beverages, home care products, personal care products, and more.

Golden Rule 2: Remove problematic elements from packaging including the following: undetectable carbon black, which frustrates plastics sorting and is sent to landfill; PVC or PVDC (polyvinylidene chloride or polyvinylidene dichloride) which are problematic in recycling streams; EPS or PS (expanded polystyrene or polystyrene) which have more recyclable alternatives; PETG (polyethylene terephthalate glycol) which contaminates batches of otherwise valuable PET recycling; and oxo-degradable plastics, which fragment into microplastics.

Many packaging products today still include materials  that make recycling impossible or very difficult. This is one reason more plastic is not being recycled as well as it can be. The design and use of packaging combined with effective recycling systems and innovations, are considered key components to eliminate plastic waste.