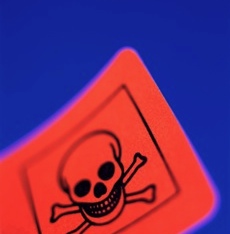 Environment Canada has announced that it is officially adding bisphenol A (BPA) to Canada’s toxic substance list. In a statement, Jim Prentice, minister of the Environment, said: “The Government of Canada has a strong record of taking action on BPA to protect the environment and health of Canadians.

“We are continuing our leadership on this issue and Canadians can rest assured that we are working hard to monitor and manage BPA.”

The Final Order adding BPA to Schedule 1 was published Oct. 13 in the Canada Gazette, Part II.

The definition of toxic, reports ToxicNation.ca, under CEPA, section 64 is:

ToxicNation.ca goes on to report that scientific studies show BPA can wreak havoc with hormones.

The chemical is associated with adverse health effects, such as: prostate and breast cancer, immune system dysfunction, early puberty in females, and higher rates of miscarriage.

Health Canada’s own assessment of BPA noted that this chemical can accumulate in the womb, exposing the fetus to levels higher than for other stages in their lives.

In addition, BPA has been detected in breast milk at levels nearly as high as those found in infant formula.

There is also significant evidence that BPA is acutely toxic to aquatic organisms, and the chemical has been found in surface waters, sediment, groundwater and other areas in the environment.

In 2008, Canada designated BPA a toxic agent, making it the first country in the world to do so.

Most Canadians are exposed to it

A report issued by Statistics Canada this past August released the results of BPA concentrations in Canadians.

It found that Canadians age 6 to 79 had a geometric mean concentration of urinary BPA of 1.16 micrograms per litre.

This, said the report, is consistent with results from international studies reporting mean or median concentrations of one to three micrograms per litre.

Concentrations of BPA in urine based on volume were higher for children age 6 to 11 than they were for adults age 40 to 79. Moreover, the highest concentrations were measured in teens age 12 to 19.