Who cares about French translation?

An American brand owner planning to launch in the Canadian market, told me they don’t need a French translator for their labels because they can use Google. Really? Have you ever heard a joke translated from another language? It’s not very funny if it’s a literal translation.

The market is flooded with packaged foods, mostly imported, without French (or even English) on the label. This presents several risks that can impact sales and profit for brand owners, distributors and food importers. Not to mention the missed marketing opportunity – if consumers can’t read the label, they won’t buy the product.

What are the risks?

The first risk is regulatory non-compliance. Canadian labelling regulations require mandatory information to be in English and French, with equal prominence. Non-compliant labels can be recalled by the Canadian Food Inspection Agency (CFIA). That means paying the costs of removing the product from the market, designing and printing new labels, re-labelling, re-distribution, reimbursing retailers and losing sales in the meantime. Is it worth the risk?

Quebec’s Charter of the French Language goes even further stating “Every inscription on a product … including directions for use and the warranty certificates, must be drafted in French” and “no inscription in another language may be given greater prominence than that in French.” Also included are package inserts and marketing materials such as brochures, catalogues, public signs, posters and commercial advertising.

The second risk is allergen labelling, which must be taken seriously because it is a food safety issue. If an allergen is not properly declared on the label (in English and French) it can cause illness, result in a recall, spark lawsuits and damage the brand’s reputation, sometimes taking years to recover. Food importers should also take note, since they will be responsible for the safety of their products under Canada’s new Safe Food for Canadians Act (SFCA), coming into effect in 2015.

Now, about the market opportunity; over 6.8 million Canadians speak French most often at home, according to Statistics Canada 2011 Census. That’s about 20% of the population. And they don’t only live in Quebec. In today’s highly competitive market, can brand owners afford to ignore and alienate French-speaking Canadians?

Why should you hire a certified translator?

Considering the risks and opportunities, French labelling is not just a “nice to have”, it’s a “must have”. Hiring a certified translator is a small price to pay. And make sure s/he has experience with Québécois (French Canadian) French, which differs from other countries.

The tiniest details count; like punctuation, capitalization, accents and how pricing is depicted. A missing accent can turn salted biscuits into dirty biscuits, resulting in lost sales.

Skilled translators have a good command of both languages and are well versed in transcreation – transforming a message from English, taking the cultural context into account, and adapting it for a French audience. Expressions with double meanings and fanciful names are particularly challenging and may not work in French.

So, don’t offend Canada’s French speaking consumers. It is in every brand’s best interests to take French translation seriously. Getting the French right is one of many ways to mitigate risk and position your brand for growth.

The Little Company that Cares 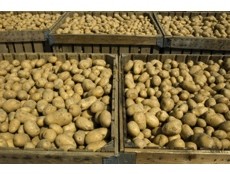