Where has all the “light” gone?

Once in the limelight, “light” claims on food labels shine no more. Why, in the good old days there was a “light” on everything – light in fat, light in calories, light in carbohydrates, and so on. It was a proud beacon that aided the navigation of consumers in choosing foods with less of well, whatever.

Now, Canada’s prohibitive nutrient content claim regulations, as governed by the Food and Drug Regulations (FDR), limit the use of “light” or “lite” representations to the realm of light in fat, light in energy and lightly salted. In addition, “light” representations are considered comparative claims, meaning that the amount difference, the similar reference food compared too, and where the amount of food and reference food are different, must be stated. This supporting information must be immediately adjacent to the light claim, in a type height and prominence no less than that of the term “light.” Since it’s unrealistic to expect that all supporting information as prescribed by law could be as prominent as the word “light” and fit on the label, the once majestic “light” itself must be reduced in size. The “light” has been humbled to near extinction.

The prescriptive clutches of the regulations demand similar treatment in advertising as on a food label, except for in broadcast ads. Where a light claim is made in a radio or TV advertisement for a prepackaged food, the criteria for the claim must be satisfied but the reference food need not be identified if that information is already on the label. In any other circumstance the ball and chain supporting text would need to appear in the broadcast advertisement, in the prescribed manner. There are also a few types of representations exempt from this prescription, such as lightly salted fish. The blanket prohibition on nutrient content representations excludes any representation that is provided for in the FDR. Thus light beer is not captured, which is probably a good thing, since the last time the light beer hit the fan the case ended up before the Supreme Court of Canada.

There is no rest for this wickedness. It captures the use of the term light and any similar phonetic renderings in the context even when used to describe sensory characteristics, such as light in colour or light in texture. When such representations are made the sensory characteristics must be adjacent to the most prominent light claim in a type size and prominence no less than that used in the term “light.” Advertising isn’t spared here either. If, for example, the term “light” appears in the visual portion of a TV ad, the sensory characteristics must be shown concurrently with the most prominent claim and for the same amount of time, adjacent to the claim and in letters at least the same size and prominence. Spared from this however is “light rum” and “light maple syrup.” Again, no messing around with liquor! 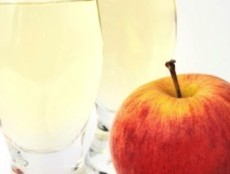