The Canadian Food Inspection Agency (CFIA) was created in 1997 by the passage of the Canadian Food Inspection Agency Act. That Act consolidated the inspection and enforcement activities related to food that had previously been delivered by several independent federal government departments, including Health Canada, Fisheries and Oceans Canada, and Agriculture and Agri-Food Canada. While the creation of the CFIA brought federal inspection under one roof, it did not consolidate the multitude of acts and regulations that had been previously created by those federal departments.

Earlier this year the federal government introduced a Senate Bill (Bill S-11 – proposed Act) that if assented to, would create the Safe Foods for Canadians Act (SFCA). It would provide a new, more robust and consolidated legislative backbone that should provide the CFIA an effective means of governing all foods, regardless of commodity types. It is a natural evolution for the CFIA that fits well within the vision that created the agency in the first place.

The proposed Act would repeal the existing Fish Inspection Act, the Canada Agricultural Products Act (CAPA) and the Meat Inspection Act. Among the many consequential amendments to other federal acts is that related to bringing the food provisions of the Consumer Packaging and Labelling Act within the scope of the SFCA. The regulations that had been promulgated under the various acts to be repealed could then be brought under the SFCA. In addition, a provision within the proposed Act for incorporation by reference could bind other regulations and documents, such as the national organic standards, which are currently incorporated by reference under CAPA’s Organic Products Regulations 2009. Essentially, anything within the range of what regulations may be permitted could be incorporated.

The proposed Act does not repeal or amended the Food and Drugs Act (FDA). The FDA and its regulations, the Food and Drug Regulations, will remain a significant piece of legislation that governs food safety and labelling. The SFCA would also have limits, and it would not redefine the powers and responsibilities between federal and provincial jurisdictions. As with the current Acts to be repealed, the proposed Act will be limited to foods in international (import and export) and interprovincial trade. In contrast, the FDA, with some exceptions, is applicable to foods in intraprovincial trade.

The proposed Act sets the stage for further regulatory consolidation. But the first step is actually to get the Act in place. It is currently at the Senate Committee Stage, after seconding reading in the Senate, and it still has far to go, including being read and assented to in the House of Commons. Changes may still be made, and a coming into force date can be assigned to phase in certain provisions of the Act and allow for a smoother transition. The meat of this, as with others acts, exists within the regulations. Creating and consolidating regulations can only happen after the necessary provisions of the Act come into force. At this point it is not certain what regulation(s) will be made or which might be carried forward from any existing Act to be repealed.

What we can anticipate however from Bill S-11, is that there will be a licensing and registration system for most food activities – including manufacturing, importing and distributing – in interprovincial or international trade. This is certainly one of the most significant new features as many food products are not currently subject to such considerations. This will give the CFIA a better peak at the scope of the food industry in Canada, allow for better accounting of traceability, and provide another tool to ensure compliance. For example, if an importer of a confectionery product does not consistently demonstrate compliance of the products it imports, the CFIA could suspend or revoke its licence, as is currently the case with federally registered facilities. The act should also provide a more focused view of food safety overall and thus help base inspection efforts on actual risk for each food commodity type.

The SFCA and the regulations that follow will certainly be one the most significant developments in food regulations in the past 50 years.

For more information, or to reach Gary, visit www.legalsuites.com, or email [email protected] 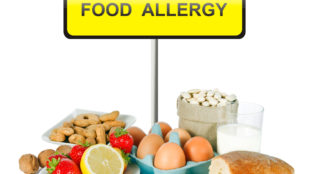