It’s like a true coming of age story. National Organic Products Regulations, 2009, came into effect June 30, 2009. This article looks at a few organic facts and myths.

The process started in earnest in 1991, followed by proposed regulations in 1995. The process, then and now, is hinged on finding consensus among complex perspectives. The first attempt failed and the proposed regulations were abandoned. Although disappointing, those dedicated to organics persevered. The next round was to develop organic standards with the help of the Canadian General Standards Board. The process started in 1996 and resulted in a national organic standard in 1999. Yet a standard by itself does not have the full weight of law. For the next decade products claiming to be organic were expected to comply with the standard, but certification was voluntary. Now, the new regulations add the weight of law and will require certification to the new standard, at least for foods subject to the new organic regulations. The national standard has also gone through several revisions, in 2006 and in 2008 (completed in early 2009).

Law Making: It’s funny how things sometimes get done in Canada. Final organic regulations were registered on Dec. 14, 2006, and came into force on Dec. 14, 2008. The two-year window was to allow the industry to adjust to the regulations and mandatory certification. Late in 2008, it was apparent that changes and thus more time were needed, and the coming into force was extended until June 30, 2009. During this period the national organic standard was also updated. Proposed organic regulations were then introduced on Feb. 14, 2009, and final regulations registered June 11, 2009 and published in Canada Gazette on June 24, 2009. The new regulations repealed the former 2006 regulations. That gave a whole week to comply with the new regulations. This is not the finest example of how laws should be made, but by now most in the industry kind of knew what was up. As a consolation for the sake of those who had been extraordinarily dedicated to the cause, there is finally a national regulated legitimacy to organics.

Seafood farmers and consumers have an organic option

The evolution of organics 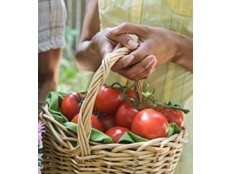