Strengthening vet oversight of antimicrobial use in food animals

While the medical community recognizes that the emergence and spread of antimicrobial resistance (AMR) in humans is a potential disaster for humanity and that it is the overuse of antimicrobials in human medicine that is the largest contributor, there is a broad consensus that the use of antibiotics in animals contributes to the problem, though the scale is still unclear. This uncertainty is due mainly to a failure to adequately control and monitor the use. As we saw last month, Health Canada (HC) lacks the authority to control and monitor use because the practice of veterinary medicine falls under provincial jurisdiction. Recognizing that almost all practical efforts to reduce the level of antibiotics in meat depend on the more active participation of veterinarians, HC announced recently that it wanted “to develop options to strengthen the veterinary oversight of antimicrobial use in food animals.”

What can veterinarians and their provincial regulatory licensing bodies do now to reduce the threat of AMR? Here are four suggestions:

While the Canadian Veterinary Medical Association (CVMA) has developed voluntary Prudent Use Guidelines, I’m told that many vets are hardly aware of the issue and may not even know of the Guidelines. Concerned enough about this, Ontario’s regulatory body, the College of Veterinarians of Ontario, just announced that it was launching a project to study the use of antibiotics among food animal veterinarians and to determine if they use the CVMA’s Guidelines in daily practice. Quebec requires a mandatory day-long AMR program and a test. All provinces should follow Quebec and develop mandatory continuing education programs on antimicrobial stewardship. Most professions, including my own, have mandatory continuing education requirements. It’s time for vets to do no less.

2. Work with HC to finally fill the regulatory gaps

As long as vets continue to prescribe off label use and the use of Active Pharmaceutical Ingredients (APIs) in production medicine, it’s impossible to know the level of antibiotic use. Own Use Importation (OUI) by animal owners is another avenue for which use information is unavailable. As one recent report stressed: “The gap in reliable usage data makes it difficult to state with confidence which antimicrobials are used, in what quantities, and for what purposes.” The recent critical assessment by a group of experts, titled “Stewardship of antimicrobial drugs in animals in Canada: How are we doing in 2013?” (Canadian Veterinary Journal, March 2014), highlighted the absolute importance of improving Canada’s monitoring of antimicrobial usage.

3. Begin a dialogue on the conflict of interest issue

This issue has been flagged by several reports going back to the landmark McEwen Report of 2002. Veterinarians obtain income from the profitable sale of antimicrobials. Decoupling veterinary prescribing from dispensing raises several issues because the current veterinary practice business model is based on an income stream from antimicrobial sales. Veterinarians should lead a dialogue on this important issue that clearly needs closer examination.

As we saw last month, the real issue is not the use of antibiotics for growth promotion or the treating of disease, but whether they should continue to be used for disease prevention. While some antibiotics of very high importance to human health should only be used to treat infection, there are several arguments that some of high or medium importance to human health (what HC calls Category ll and lll, for example tetracyclines) should still, with closer veterinarian oversight, be used for disease prevention. Because major retailers, processors and consumers increasingly demand meat with “raised without antibiotic” claims, the marketplace is forcing changes in practice. But we mustn’t lose sight of the fact that while there are risks to using antimicrobials in animal production, there are also risks with non-use. Who better than vets to help Canadians understand this complex issue?

Two thirds of animal diseases are zoonotic, meaning the disease is transferable to humans. For this and other reasons, I have been a long-time proponent of strengthening the connections between human and animal medicine – the concept known as One Health. In this context, AMR represents an historic opportunity for vets to step up and provide greater leadership. 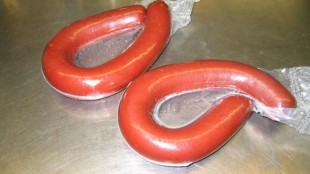