Move over millennials, there’s a new cohort in town

Move over millennials, there’s a new cohort in town. That would be Generation Z, the children born after 1995, the oldest of whom are now university and college age. Even though the majority of this generation is still in their teens, they are already having an influence on the world around us.

A June 2014 slideshow presentation by New York-based ad agency Sparks & Honey entitled “Meet Generation Z: Forget Everything You Learned about Millennials,” reveals that Generation Z comprises 25.9 per cent of the American population (larger than both the boomers, at 23.6 per cent, and the millennials at 24.5 per cent). This group has never known a world without the Internet, cell phones and other digital technology, meaning they are more comfortable and savvy with the online world than any generation preceding them.

As a group Generation Z is not only more multicultural but more blended in terms of race and gender than other generations, they are more industrious and entrepreneurial, more collaborative, and more aware of human and animal welfare. For instance, 78 per cent say they are concerned with world hunger, while 76 per cent say they are concerned with man’s impact on the planet. Yet seven out of 10 also report being optimistic about the future of the environment.

While their income is still fairly low – Sparks & Honey found they represent a collective $44 billion annually in revenue in the U.S. – they are a generation that is careful where they spend their money. They want quality in the products they buy, and are not brand loyal. They also influence household decisions – 73 per cent of moms polled by Sparks & Honey say their Generation Z children help shape the weekly dinner menu.

In terms of food they show a greater interest in cooking than other generations currently report, but due to parents’ busy schedules most have also grown up eating foodservice more frequently than we may remember from childhood. This, combined with the fact they are less physically active, is just one of the reasons child obesity rates have become so alarming in the past decade.

Businesses wanting to reach this group had better make sure they have their houses in order before engaging. Teens today want companies to be transparent about their politics and their social activism, as well as issues such as animal rights and sustainability. They communicate fast, often in images says Sparks & Honey, and across multiple online platforms, so don’t be afraid to try to connect with them in different ways, and often. And above all, don’t call them millennials! 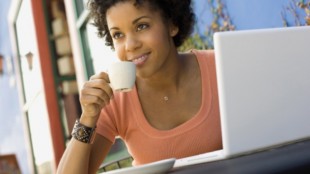 New generation of snacks is cutting into bake sector