The updated Listeria Monocytogenes (LM) regulations (ULRs) for ready-to-eat (RTE) meat products are a huge step in the right direction toward controlling this pathogen. To really appreciate the magnitude of the changes, it’s necessary to review the old regulations issued in July 2005 and the ULRs introduced Feb. 27, which will come into effect April 1, 2009. The full details can be found on the Canadian Food Inspection Agency’s (CFIA) website:

Since July 2005, a RTE processor in compliance with Good Manufacturing Practices and with a CFIA-accepted HACCP plan in place determined the frequency of testing of the food contact (FC) and non-food contact (NFC) surfaces to be tested for LM. A minimum of five FC and five NFC surfaces were to be tested. Product testing was not required until positive test results were obtained after two consecutive environmental tests. There were guidelines on actions to be taken by the processor in the event of positive environmental and product tests, but timelines were not clear. If the product in question had a shelf life of 10 days or less the product was deemed edible if there were less than 100 cfus/g of LM, providing the product was not intended for individuals at risk. You don’t have to be a microbiologist to understand how easy it was for LM to get out of hand if a processor stuck to the old regulations.

The ULRs that took effect on April 1 mandate that the CFIA Inspector-In-Charge and qualified employees carry out significantly more LM tests than before on FC surfaces as well as on RTE products a minimum of three hours after production starts. The processor is also encouraged to do NFC surface testing and study trends of test data. The frequency of FC and product testing is based upon the LM risk inherent in the product, the manufacturing process and the volume of product manufactured. Testing frequency is reduced if the product receives some treatment to reduce and/or control bacterial growth after packaging. A positive LM on a FC surface or in food requires CFIA notification and testing of the product(s) produced on the implicated line between full-sanitation cycles. Decision trees, accountabilities, lines of communication and timelines are better defined and reasonable. Implicated lines must test negative for LM for three consecutive runs before resuming normal testing regimes. There is zero tolerance for LM.

The ULRs should go a long way toward identifying and addressing LM issues in RTE processes and, in time, heighten consumer confidence in RTE products. I am disappointed that the ULRs stop short of mandating a hold-release program for all RTE meat products, something which I have long advocated. 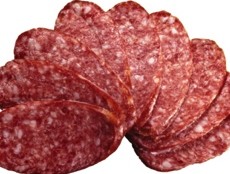