If you’re a meat lover, thank a vegan. Here’s why

November 1 is World Vegan Day. If you’re a meat lover, hug a vegan. You should be thankful for what vegans are doing to our food industry.

Nov. 1 is World Vegan Day. Canada is home to about 470,000 vegans, according to a recent Dalhousie University survey. Even though some believe that number has increased significantly in recent years, it hasn’t. Veganism is an overwhelming commitment and anyone who has lived a vegan lifestyle will tell you that it is amazingly hard. Beyond not eating animal proteins, a vegan will not purchase, wear, or use leather, fur, or any animal products. It is to be admired, really. Some believe that the recent rise of plant-based dieting has provided opportunities for vegans to vocalize their passion for their way of life. All this talk about veganism may have attracted criticism and anguish, with some people even claim to hate vegans. Perhaps they really do, but vegans’ contribution to our public discourse on our relationship with proteins should not be taken lightly.

By now, most will know that Greta Thunberg is a vegan, but there are many other well-known personalities who also practice this lifestyle. These include the world’s number-one tennis player Novak Djokovic, world champion Formula One race car driver Lewis Hamilton, NFL star Tom Brady, and former boxer Mike Tyson. All are men and athletes who play sports which require strength, stamina, and perseverance. An endless list of well-known female celebrities also are vegans. Tennis legend Venus Williams, TV show host Ellen DeGeneres are good examples. Many other celebrities are self-described vegans as well. While some vegans can be preachy and sanctimonious, the narrative linked to veganism is deeply rooted in social justice. A study on veganism released a few years ago suggested that vegans experience discrimination and bias, like what other ethnic and religious minorities would experience. This may seem extreme from a meat eater’s point of view, but it is easy to see how this group of consumers can feel that way, given the posts and open comments we have lately heard in the media.

Vegans may be despised by many for what they represent; eating meat is for privileged, wealthy countries. Over time, Canadians have earned the option of putting meat on the table. Many of our culinary traditions and recipes are based on meat products that we now have at our disposal. Vegans believe we should all forfeit our hard-earned privilege of eating animal proteins and go plant-based. For vegans, meat is murder, plain and simple. Vegans are human beings who fundamentally believe animals have rights and should not be exploited for human consumption, full stop. But for 91 per cent of Canadians, meat and cheese, for example, are products most of us cannot live without.

Nature has given us wealth, prosperity, and good food – lots of good food. All kinds of animals have had a place in our diets for centuries, and we just accept it. In time, though, perhaps in a hundred years, our evolved society might consider the concept of exploiting animals for food as completely barbaric. It’s not a far-fetched possibility. The seemingly endless food recalls we hear about these days are certainly not building a strong case for meat either.

Vegans have been marginalized for decades, mostly in silence. Now, consumers are seeing the planet on their dinner plates and are left wondering if they can do something about climate change. Despite how unclear sustainability-related metrics remain, veganism is an attractive solution, an easy one to understand and implement. Animal welfare is, of course, the other critical issue driving this agenda forward. Farmers have been advocating and educating city dwellers for a few years now, making farming more transparent and visible, only to realize that urbanites are not liking what they see. To the uneducated eye, farming can be a form of senseless cruelty towards animals.

What is clear is that veganism is becoming more mainstream and normalized, but it still is not everywhere. Far from it, actually. In many industrialized countries, such as France and Australia, vegans are constantly and openly criticized. Some claims can be quite violent, on both sides.

Whether we like it or not, we owe a lot to vegans. They remind us of how critical food diversity to all of us. The truth is, though, most of us do not know much about veganism. Many feel that veganism is about imposing strict dietary limits while promoting a cultish movement. For some, especially on social media, it is a quest to squash whoever does not share vegan values. Some journalists have even convinced themselves that acting as advocates for the vegan movement is more important than objectively reporting stories. In the minds of many, this crosses clear ethical lines, but it’s happening every day.

Beyond the nonsense lies a path towards an interesting future for proteins. We are on the cusp of starting a new chapter with proteins. Companies like Beyond Meat and Impossible Foods have deliberately targeted flexitarians, not vegetarians or vegans, with their meat alternatives. In fact, having more options seems to have built bridges between dietary preferences. It is no longer awkward for vegans to roam amongst omnivores since most of us are now exposed to products vegans can eat. The overpowering plant-based rhetoric has democratized the notion of protein, thus simply making us more aware. Vegans, though, need a different PR strategy, one that should fit with the times; fear and guilt are just not acceptable. Recent studies suggest vegans are becoming more socially influential. Flexitarians are more likely to consider a vegan as a reliable source of information. While vegans need to recognize that the market is becoming more inclusive, meat industry culprits also need to acknowledge and respect the existence of alternatives. In the end, the food industry will achieve more growth by innovating more to cater to a variety of market segments. More choice is desirable for everyone.

Our path towards an era in which protein plurality will be riddled with stumbling blocks. Respecting vegans is a good start, even if the majority disagrees with them. 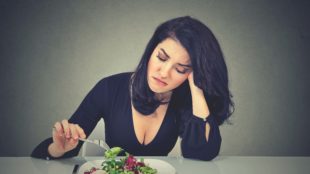 Vegetarian and vegan consumers unhappy with lack of product options 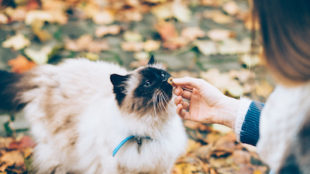 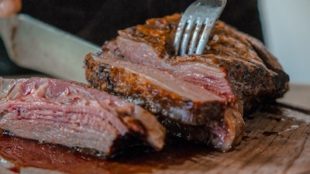 New Dalhousie study finds that 6.4 million Canadians limit the amount of meat they eat, and number will likely grow