Over the long term, GFSI schemes will reduce the number of food safety recalls

I’m probably not alone in wondering why government food safety authorities such as the CFIA and the USFDA seem to be reluctant in accepting a food processor’s GFSI audit results as validation of a company’s compliance with national food safety standards. After all, doesn’t GFSI stand for Global Food Safety Initiative, of which there are now 13 accredited schemes in North America?

Many food processors believe that being accredited under a GFSI scheme is the cost of doing business today. Worldwide it is estimated that there are over 15,000 food and beverage manufacturers certified in a GFSI scheme. Billions of dollars have been and continue to be invested in getting and staying accredited. In addition to these investments, considerable sums of money and countless hours have been and continue to be invested in developing and administering GFSI schemes. Surprisingly, these investments to improve food safety seem to have had little impact on reducing the number of food recalls in Canada and the U.S.

The efficacy of GFSI

A peer-reviewed paper appeared in the Journal of Food Protection late last year entitled “Impact of the Global Food Safety Initiative on Food Safety Worldwide: Statistical Analysis of a Survey of International Food Processors.” The lead researcher was Philip Crandall of the University of Arkansas, and included others such as Frank Viannas, vice-president of Food Safety at Walmart. The researchers emailed more than 15,000 questionnaires to employees of GFSI-certified companies who had been identified by that company’s GFSI-certifying third-party auditor as “knowledgeable about the food safety culture in their facilities.” Of the 828 completed questionnaires returned, 52 per cent were from North America (Canada, U.S. and Mexico), 34 per cent came from Europe, 10 per cent came from the Pacific region, and the remainder were from other parts of the globe. Most of the respondents were certified in either BRC or SQF schemes.

After analyzing the responses, the researchers reported the following results and observations:

On a less positive note, the researchers also reported the following findings:

One explanation could be that the improvements in food safety coming from GFSI schemes are being offset by more recalls initiated by the GFSI schemes themselves. However, I believe that over the long term GFSI schemes will reduce the number of food safety recalls. Until that happens, I can understand the positions taken by the regulatory agencies. 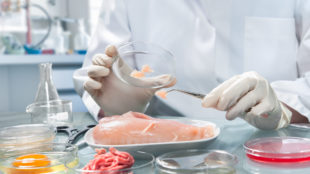