Foodlaw:The health benefits of plant sterols are not available to Canadians

The recently released report by Food and Consumer Products of Canada (FCPC) titled Food Regulatory Systems: Canada’s Performance in the Global Marketplace is yet another study that clearly demonstrates how much Canada’s sclerotic food regulatory system discourages investment and undermines innovation and competitiveness (for copies of this excellent report contact [email protected]).

Using a case study approach, 12 actual specific cases are documented to demonstrate the continuing cost of not reforming the system. The study estimates that these cases have cost the companies over $400 million and account for over 1,800 lost jobs. The problem, of course, is that Health Canada doesn’t really care. If it did, it would have done something by now. Unless FCPC can persuade other departments or central agencies of the urgent need for reform, this devastating critique is not likely to have much more of an impact than other such studies that have preceded it. Perhaps the stronger argument is going to have to be that our system’s unresponsiveness to innovation and changing science is also undermining the health of Canadians and thus imposing additional costs to our publicly funded health-care system.

This is the thrust of another study soon to be released. University of Manitoba researchers estimate the economic costs of denying Canadians the health benefits that could be gained from consuming foods containing plant sterols. These benefits have been known since the 1950s and the preponderance of the scientific literature now clearly indicates that plant sterol enriched food can reduce blood cholesterol levels in humans. High blood cholesterol is a major risk factor for heart disease and stroke. The Canadian Heart and Stroke Foundation estimates the number of Canadians with high cholesterol to be over 40 per cent of the adult population or roughly 10 million people. Individuals with high blood cholesterol have a greater likelihood of developing coronary heart disease (CHD) and if consumption of food containing plant sterols can reduce the number of individuals with high cholesterol, it follows that the consumption of plant sterols should also cause a corresponding decrease in the incidence of CHD and its associated economic costs.

Plant sterols, also known as phytosterols, are a naturally occurring group of sterol alcohols that are found in many varieties of fruits, vegetables, nuts and cereals but at levels too low to provide any cholesterol-lowering benefit. There is now a vast literature confirming that foods enhanced with plant sterols are safe and efficacious in reducing serum cholesterol in humans. That is why the U.S., European Union, Australia/New Zealand and 34 other countries have approved the addition of plant sterols into a variety of foods including cheese, yogurt, margarine, cereals, soy-based drinks and rye bread. These countries allow for heart disease reduction claims if, as in the U.S., for example, there is a daily total intake of at least 0.8 g. Finally, in June 2008, phytosterols were approved as ingredients by the WHO/FAO Joint Expert Committee on Food Additives, signalling a worldwide acceptance of the health benefits and safety of plant sterols. 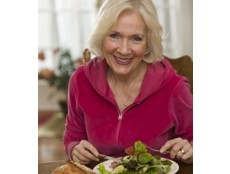 Plant Sterols get the OK from Health Canada 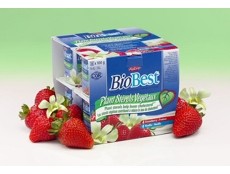