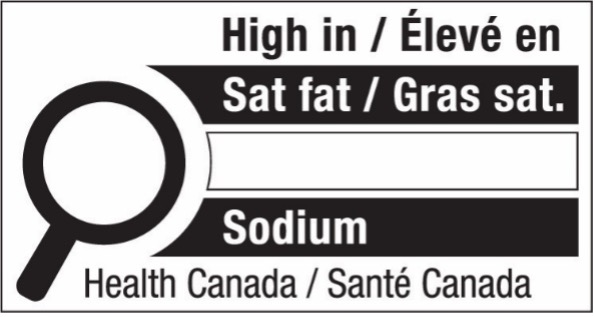 On June 30, 2022, the health minister announced the long-anticipated front-of-package (FOP) nutrition labelling regulations. These regulations will require certain prepackaged foods to display the FOP nutrition symbol, with manufacturers given until January 1, 2026, to change their labelling. While finalizing FOP labelling was part of the Minister of Health’s 2021 mandate letter, the timing is not ideal, as these regulations will trigger costly label changes for the food industry at a time when Canadians are already facing higher prices for many foods.

Under the new regulations, Health Canada announced that most prepackaged foods meeting or exceeding certain daily value levels of saturated fat, sugars and/or sodium will be required to display the FOP nutrition symbol. On the same day as the announcement, Health Canada released examples of the finalized symbol. The symbol consists of a black and white magnifying glass and accompanying text in English and French and must be located on the front, upper right half of the label. 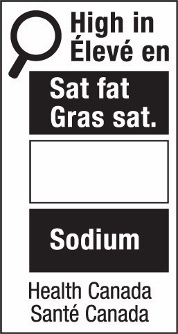 The regulations form part of Health Canada’s Healthy Eating Strategy, with the intent to make it easier for Canadians to make informed food choices by drawing attention to important information Canadians should consider as they are buying groceries. The symbol is intended to compliment the Nutrition Facts table (NFt) displayed on the back of food packages.

Health Canada’s backgrounder provided the following details regarding those foods that will require the FOP nutrition symbol:

Health Canada’s announcement also indicated the regulator has decided to exempt certain foods from the requirement to display the FOP nutrition symbol, including:

The food industry will be given until January 1, 2026, to make these changes. The delayed coming into force is meant to reduce the immediate compliance costs and allow industry to plan for the changes (as a shorter coming into force could have easily doubled estimated compliance costs). Even so, this change will represent a significant cost investment for those companies in food product segments specifically targeted by the regulations.

Laura Gomez is an Ottawa-based Gowling WLG partner who advises on food law and has been recognized in both The Best Lawyers in Canada and the Canadian Legal Lexpert Directory. Contact her at laura.gomez@gowlingwlg.com or visit https://gowlingwlg.com/en/sectors/food-beverage/global/.