Seafood labelling in Canada was a recent focus of SeaChoice.org, an environmental group operated by the David Suzuki Foundation, Ecology Action Centre, and Living Oceans. Their March 2017 report, Canadians Eating in the Dark: A Report Card of International Seafood Labelling Requirements, gives an F to Canadian seafood labelling. This compares to a D given to the U.S. and an A to the EU. The EU got an A because it requires seafood labels to include six basic features: common name; scientific name; production method, whether farmed or wild caught; harvest method for wild caught seafood; geographic origin; and country of origin in which the last major transformation takes place. By contrast, the U.S. requires the common name, production method and country of origin, while Canada requires only common name and country of origin.

Seafood labels, like all pre-packaged food labels, require a common name. This includes any name prescribed by federal legislation, such as the Food and Drug Regulations (FDR) and the Fish Inspection Regulations (FIR). The Canadian Food Inspection Agency’s (CFIA) Fish List is a repository of common market names for seafood in English and French based on the Canadian vernacular. It also includes the genus and species names (a.k.a. scientific names). The SeaChoice report categorizes Canadian common names as misleading. This, of course, is “sensationalized” based on the absence of requirements to include the scientific name, and the fact that a common market name may be used for more than one species. However, the use of a common market name for several closely related species is practical, not misleading. It is not unlike the EU or the U.S. With the vast diversity of seafood now being harvested, the challenge is in maintaining an up-to-date fish list, something that requires dedicated stewardship.

In addition to a common market name, the EU requires a scientific name. Would it be beneficial to know your grouper is Epinephelus hexagonatus or Epinephelus merra? Chances not. If the species of interest involves environmental concerns, then perhaps this is best served by a unique market name. In the EU, a scientific name might be more practical for consistency, as the various member states draft their own acceptable commercial market names, including local and regional names. The SeaChoice report asserts that including a scientific name would help reduce fraud related to substitution. But if a regulated common market name alone can’t achieve this neither would a scientific name. Fraud is an ongoing concern in the seafood sector, and enhanced traceability and genetic testing by industry and CFIA would help significantly. As CFIA transitions to its new role under the Safe Food for Canadians Act, it is vital that it keep food fraud as a principal focus, with enhanced traceability and preventative controls requirements for industry.

Canadian seafood labelling currently doesn’t require a statement related to production method, such as wild caught or farmed, but it is likely time that legislation prescribe it. Specific public consultations on harvest method, including on the equipment used for wild caught seafood, have not been part of the broader food labelling modernization dialogue. However, the issue may fall under the CFIA’s risk-based approach to food labelling claims.

Country-of-origin labelling is required for seafood under the FIR where the products are not entirely made in Canada. Under CFIA’s food labelling modernization efforts, country-of-origin labelling requirements will be consolidated. Wild seafood is wholly or partially processed on the vessels they are caught by, and they become the country of origin of the flagged vessel unless further transformed elsewhere. If imported seafood is processed in Canada to an extent that the finished product is substantially transformed, its label need not bear a country of origin. It would also be practical to include the geographic origin of wild seafood, in addition to country of origin.

The F grade assigned by SeaChoice is unfair, as too are some of the more disparaging comments. However, the points about enhanced seafood sustainability labelling have merits. Canada can do better. Food sustainability is a key component of food security (sufficient, safe and nutritious foods). It deserves our attention. 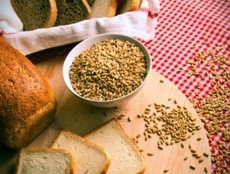