Early this year the Canadian Food Inspection Agency published responses to industry feedback received in 2013. The CFIA provided more detail about how it hopes to operate under its new terms of reference. Here is a short list.

It has been a busy summer for our industry from a regulatory standpoint. Starting early this year, the Canadian Food Inspection Agency (CFIA) published a number of consultation documents and drafts that reflected the Agency’s responses to industry feedback it received in 2013. These 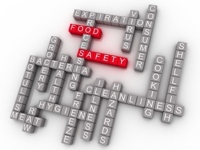 documents provide significantly more detail about how the Agency hopes to operate under its new terms of reference. Here is a short list of things that grabbed my attention as I read through them.

I applaud the efforts the CFIA has made to engage the industry in the legislative process. We will see the extent to which the CFIA incorporated industry and stakeholder feedback when the legislation appears in the Canada Gazette Part I in early 2015.