Sara is a partner at Gilbert’s LLP in Toronto, practising food, beverage and drug law.
All posts by Sara Zborovski

The average Canadian likely knows more about the “Caramilk secret” than they do about the issues currently on the table in two major trade negotiations that could significantly impact the Canadian food industry.

Canada is currently negotiating two trade agreements – one with the European Union (the Comprehensive Economic and Trade Agreement, or CETA); and another with a number of countries, including the U.S., Australia, New Zealand, Mexico, and Singapore (the Trans-Pacific Partnership, or TPP). Among other things, these agreements aim to facilitate trade and investment between member countries.

CETA talks have been going on since May 2009. The talks are secret, and information about the issues on the table and status of the talks is piecemeal. Some insiders say the agreement will be negotiated by the end of this calendar year. TPP talks have been underway since 2007, but Canada only recently joined the negotiation. One sticking point to Canada’s involvement is our system of supply management – the first of two food-related issues on the table in the CETA and TPP negotiations.

In Canada, the egg, dairy and poultry industries operate under a system of “supply management.” The system was put into place in the 1960s and 1970s and is essentially a quota system that limits how much food is produced, and imposes high tariffs on imported goods. The goal of the system is to ensure that the Canadian need for these products is primarily filled by Canadian farmers.

There is no question – supply management is a hot issue, especially in Canada. Those in support of the system argue that it ensures fairness for dairy farmers, and benefits milk processors, consumers and the Canadian economy. In this camp, protection and predictability are essential to successful industry.

Critics of the system argue that supply management leads to inefficiencies and inflated prices, and stifles innovation and trade with other countries. As an example, in this recent article, the president and CEO of the Canadian Restaurant and Foodservices Association claims inflated prices caused by supply management mean Canadian restaurants can’t use cheese and other dairy products as much as they would like in menus.

The recent case involving Chobani Greek Yogurt highlights the battle between protection for Canadian farmers, and innovation and improved trade in the Canadian food industry. In April 2011, the manufacturer of Chobani yogurt applied for permits to import the yogurt (duty-free) and sell it in the Greater Toronto Area (GTA) for “test marketing.” The manufacturer would be eligible to import the yogurt duty-free if it was determined that a “unique production process” was used and that investment in Canada was planned. Assuming testing was successful, the company committed to invest millions of dollars in a manufacturing plant in Ontario.

In October 2011, the government granted the permits, meaning that Chobani yogurt could be produced for the GTA using lower cost U.S. milk (the U.S. does not have a system of supply management; instead, the government pays direct subsidies to dairy farmers to support their incomes, resulting in lower milk prices in the U.S. than in Canada).

After the permits were granted, a number of Canadian companies – including the producers of Yoplait and Danone yogurts – challenged the issuance of the permits. They highlighted serious concerns about the alleged negative impact on Canadian jobs and investment in dairy processing in Canada, and argued that the permits conferred an unjustified competitive advantage to the manufacturer of Chobani, given its ability to use much less expensive U.S. milk. The battle lines were drawn.

In a decision released in June 2012, the Federal Court determined that the government’s decision to grant the permits was reasonable. This case highlights the issues relating to supply management in Canada: trade, investment, innovation and competition vs. protection.

And indeed, supply management is very much on the table as Canada negotiates the CETA and TPP agreements. All of the countries involved in these negotiations want supply management gone – they want full access to the Canadian market for their companies.

In fact Canada was initially rejected from TPP discussions because of supply management. The fact that we’re now involved in the negotiations has led some to conclude that Prime Minister Harper is willing to discuss scrapping the program. No question, there will be heavy pressure on the Canadian government to abandon the system in both the CETA and TPP negotiations.

So, what does that mean for us Canadians? Dairy, egg and poultry farmers may get the raw end of the deal – they will lose their protected market. However, hopefully the government can ensure a fair and safe transition from supply management that protects our farmers.

On the other hand, other Canadian industries (including many non-dairy or poultry Canadian farmers) will get increased access to foreign markets. And as for the rest of us, if you believe the critics who say supply management leads to inflated prices, we can look forward to less expensive products and hopefully a whole lot more yummy cheese-based dishes in our favourite restaurants.

Geographic (or geographical) indications, or “GIs,” are a type of intellectual property that identifies a product as originating from a specific region and acts as a certification that the product has certain qualities or is made in a certain way.  In a sense, a GI gives “street cred” to a product based on where it comes from.

Currently, only wines and spirits are entitled to GI protection in Canada, but that may be about to change.

There are over 6,000 GIs registered in the EU, including those covering a wide variety of foods: meats, cheeses, oils, fruits and veggies, breads and pastries. The EU places a high priority on obtaining support for and recognition of its GI system, and its list of GI products and all trade agreements signed by the EU to-date have recognized GIs.

So what does this mean for Canadian food?

If Canada, through entering into a trade agreement, acknowledges all of the GIs currently recognized in Europe, Canadian companies will lose the ability to label products that are subject to GIS. Consider this: Kraft Parmesan cheese will no longer be allowed to be called “Parmesan” (or “Parmesan-like” as companies can’t even draw similarities or make comparisons to protected GIs).

In addition to confusion in the marketplace, consider the increased cost associated with rebranding that will undoubtedly flow down to consumers.

But as with most things, there are two sides to the coin. The GI system could also provide protection to some uniquely Canadian foods as well – Canadian bacon, eh?

Stay tuned and I’ll try to keep you all up-to-date on the status of the trade talks.

Sara is a partner at Gilbert’s LLP in Toronto, practising food, beverage and drug law.
All posts by Sara Zborovski
Print this page 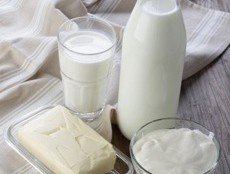