As I follow the global news, I get more and more concerned that we do not have an easy road to increasing exports. And yet this is probably our major intended strategy for our food and beverage industry. Let’s look at it a bit more.

As to our current level of exports, using figures from Food in Canada’s 2016 Canadian Food Industry Report, we export about 30 per cent of our production. However, that number varies significantly from sector to sector, from as low as less than five per cent, to as high as more than 75 per cent across the nine sectors measured, with Seafood, Grain & Oilseed Milling, and Confectionery being the highest.

If one looks at the key markets served with those exports, the U.S. is by far the largest export destination across the sectors in the range of about 50 to 90 per cent of exports. The only other countries that have some significance are China and Hong Kong (Seafood and Grains & Oilseed Milling) and Japan (Meat).

So let’s look a little closer at what’s happening around the world that will likely affect our exports.

As we all probably know, Donald Trump has vowed to undo NAFTA, and Hillary Clinton has said she would like to renegotiate NAFTA to benefit the U.S. more. Trump will look at everything trade-related as “America First.” Likewise, neither candidate is a supporter of the TPP and would likely not ratify it. If not, does that mean it would still be an effective trade agreement? All of this seems to me like it will reduce the amount of food exports to the U.S. and not provide increased Asian export opportunities for Canada. Most of the other countries in TPP are relatively smaller markets, but could lead to some marketing of more specialty food products. Who knows?

Then, of course, there is the whole canola issue. In a recent article in the Ottawa Citizen by Sylvain Charlebois, dean of the Faculty of Management and professor in Food Distribution and Policy at Dalhousie University, the point is made that China is becoming a “more food-sovereign nation” and we will likely see lower grain exports in the longer term. And, as Justin Trudeau is finding out, China is not really in “free trade mode” either.

Then there is the topic of trade with European countries. The CETA agreement could lead to closer trade relations with a great number of highly developed countries. But is Britain going to pull out of the EU or are they going to have another vote on that? We don’t know yet. If Britain does pull out, what happens to CETA? Do we just negotiate it with Britain? Or do so directly with the EU and negotiate something separate with Britain?

What about the EU? Germany has just had some pressure put on Angela Merkel with the win by the anti-immigration party costing her a loss of support. In France, Francois Holland is not sure if he will seek re-election next year. He is low in the polls due to France’s economy and high unemployment. It’s unlikely that either of them would be too concerned about CETA at this time. The EU may be going through a bit of a shake-up.

It seems to me that making progress in expanding our food and beverage exports in the short- to mid-term could be extremely difficult.

All of that makes me believe we may have to put the Export Development strategy on hold for a while, or at least focus on some smaller opportunities the may come up.

It also confirms, in my mind, that our immediate focus needs to be on improving innovation, productivity and competitiveness, value chain collaboration, and sustainability. And we need to do all that on a whole sector approach with some planning and cross-sector collaboration.

Gary Fread is president of Fread & Associates Ltd., consultants to the food industry. He has spent more than 25 years in management positions in the food processing industry, with a background in sales, logistics, purchasing and technical areas. He has worked with Procter & Gamble, Campbell Soup and Morrison Lamothe, and is the past president and CEO of the Guelph Food Technology Centre. He is active in many food industry associations and organizations, serving on the boards of several. Contact him at [email protected] 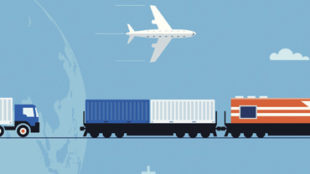 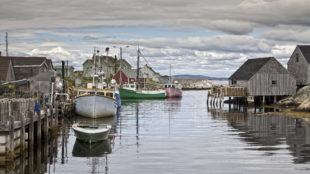