When speaking of regulatory modernization it is hard to avoid the dialogue around food standards. Standards establish criteria related to the composition of food. They provide a means for consumers to be certain about the quality and value of food. For regulators they form a predictable basis for enforcement. Yet some standards have been with us well past their durable life and are in need of some refreshing, or perhaps even retirement. For example, the standard for “(naming the fruit) Flavour Naturally Fortified” in Division 10 of the Food and Drug Regulations (FDR) was last amended in 1964. That standard states that the flavour strength must be at least 51 per cent of the named fruit. What did “strength” mean in 1964, and does this have currency today? How will such a standard interface with the Canadian Food Inspection Agency’s (CFIA) revisions also underway on “Highlighted Ingredients and Flavours?”

Food standards exist in both federal and provincial regulations. Many of the federal regulations that prescribe standards, such as those related to meat, fish, dairy and processed fruit and vegetable products, will be repealed once the SFCA comes into full force. The CFIA, which has jurisdiction over these regulations, has quite a bit of work ahead of it to bring these into shape for the new Act. There are also more than 300 food standards alone in the FDR. And although the FDR is not slated to be repealed, meaning there is not the same urgency to update those standards, they are also a focus for updating none-the-less. When looking at the FDR it becomes somewhat obvious as to what needs updating, which is just about everything. Standards related to spices, food colours and vegetable oil are just a few. Canada has a standard in Division 9 of the FDR for olive oil, for example, but no standard for virgin or extra-virgin olive oil. Yet foods are marketed as such in Canada. In the latter cases the CFIA would expect olive oil not only to meet the standard set out in the FDR, but also those of the International Olive Oil Council. It is perhaps a good time now to formalize these as standards.

In terms of prioritizing the updating of food standards, guess what Canada will focus on first? Beer! I am proud as a Canadian to say that my government has its priorities straight. So what is wrong with the old beer standard in Division 2 of the FDR? My own personal research on the matter seems to suggest beer is doing quite well. Canadian brewers are actually making some of the best beers in the world. The current standard states that this wonderful yeast fermented infusion of malted barley or wheat with hops must be “brewed in such a manner as to possess the aroma, taste and character commonly attributed to beer.” When the original standard was made a great deal of deliberation must have occurred for our regulators at the time to know what they were talking about when speaking of “taste and aroma.” It should then also be no surprise to Canadians that the very first Division of food standard in the FDR, after that for mixed nuts in Division 1, relates to alcoholic beverages, including beer.

So why change the standard for beer? Brewers apparently want some flexibility in adding non-traditional ingredients like spices and fruit ingredients, which are currently not accommodated in the standard. There are also some housekeeping matters, like removing the food additives listed in the standard, which is now addressed in the “Permitted Lists of Food Additives.” The standards for ale, stout, porter, and malt liquor would be repealed. You will still get your favourite brew, but that would likely be limited to four per cent by weight of sugars. All beer as well will have to be made with barley malt, as wheat will be relegated to a “may contain” grain. With $14 billion in the Canadian marketplace and employing more than 160,000 people, the brewing industry has brought its case before the CFIA.

Food standards are a clear area where modernization is warranted. Is the strategy that the CFIA is using going to achieve the degree of modernization that is needed, in a reasonable time frame? Might it not make more sense to take all federal food standards and put them in a compendium of food standards, then incorporate them by reference under the Food and Drugs Act and perhaps the SFCA? To provide reasonable flexibility, perhaps we must develop regulations that clearly provide for the use of modified common names, where a food deviates from a standard in order to meet certain nutritional, functional or culinary characteristics. Sure we can dream, but nothing goes better with regulatory modernization than a beer. 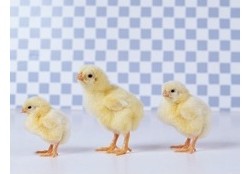