Another victory for anti-science? Mandatory labelling of GE food

The United States has just adopted another policy that has important implications for Canada. On July 29, 2016 President Obama signed Bill 764 requiring labelling on all foods to indicate whether or not the food contains GMO ingredients. The federal law will override individual state laws such as the one passed in Vermont, which is considered to be more onerous. Under the bill the U.S. Department of Agriculture has two years to draft implementing regulations. While Canada has had for a voluntary labelling standard for some years, Canadian regulators have resisted various calls for mandatory labelling. While some proponents argue mandatory labelling provides informed choice to consumers, others argue that mandatory labelling doesn’t inform, it misleads the consumer by implying that GE foods are inferior or unsafe. After all, why else would government make labelling mandatory?

Of course, some have taken the position that the push to have mandatory labelling never had anything to do with safety. The American Association for the Advancement of Science (AAAS), the World Health Association, the American Medical Association, the U.S. National Academy of Science, the British Royal Society and, to quote the AAAS, “every other respected organization that has examined the evidence has come to the same conclusion: consuming foods containing ingredients derived from GM crops is no riskier than consuming the same foods containing ingredients from crop plants modified by conventional plant improvement techniques.” Scientific American now explicitly supports GMOs and opposes mandatory labelling as not being science or evidence-based. Even the EU recently concluded, based on more than 130 studies covering 25 years of research involving at least 500 independent research groups, that GE technologies “are not more risky than…conventional plant breeding technologies.” This summer 107 Nobel laureates urged Greenpeace to end its opposition to GMOs saying that Greenpeace “deliberately went out of their way to scare people…to raise money for their cause.”

There is an argument that advocates of mandatory labelling have never really wanted to inform or protect consumers. They want to use consumers. They want consumers to bring pressure on food companies to segregate and highlight GMOs and on legislators to bring in laws requiring mandatory labelling so that consumers would be scared into thinking that GE must be unsafe. Their real goal is to stigmatize GE food and have consumers stop buying it. Waging a war on science, a very small vocal minority of GE food safety deniers have outmanoeuvred a remarkably complacent food and biotech industry that seems to have forgotten that appeasement is rarely an effective policy.

This has important implications for Canada. Given the 6,000 truckloads of food crossing the Canadian-U.S. border everyday, we will have little choice but to follow the U.S. even though many argue the change is misguided, not good public policy, and it could be quite hurtful to Canadian farmers. In any event, Canada will have to engage directly with American regulators in the development of the regulations because there are many important outstanding issues: Will labelling be required if the GE material has been removed from the ingredient through processing (for example, beet sugar and soybean oil)? How will they treat food derived from some of the new gene-editing technologies? Will bar codes be sufficient?

There are still those that both question the science and sincerely want to ensure that consumers have a right to choose. To those that no longer question the science, this policy can undermine the extraordinary promise of GE and even the credibility of our science-based regulatory system. For them, the recent Scientific American editorial eloquently captures the serious longer-term danger: “…what it hurts most is the cause of science and reason. Our choices should be based on understanding tradeoffs and trusting the best possible science…If choices are instead driven by herd mentality, a pathological adherence to the Precautionary Principle and a reliance on false moral outrage, then we are not only harming the fate of real human beings around the world but are also impinging on open mindedness and critical thinking, an attitude that can only squelch rational inquiry.” 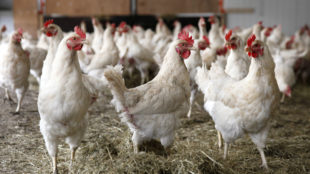