20 years of writing for Food in Canada – Part I

Regular columnist and regulatory guru, Gary Gnirss, dishes on how Canadian food regulations and the food industry have changed over the last 20 years

It’s hard to believe that it has been 20 years since I first wrote for Food in Canada. There have been many regulatory developments since then, providing ample subject matter to cover. The very first article I wrote was about the new Canadian Food Inspection Agency (CFIA), which had just been created in April 1997. That was big news back then, and represented a major shift from how the federal government was conducting its inspection business.

The creation of the CFIA consolidated food and agriculture activities of various federal departments governing and inspecting manufactured food, agricultural, fish and meat products. This was the first big step towards the consolidation of federal food regulations which is now underway in part with the creation of the Safe Food for Canadians Act and Regulations (SFCA&R).

Technology, food labelling and women in the industry are among the major influences that have shaped the past 20 years. Back in 1997, advances in technology were optimistically aimed at simplifying our compliance tasks, affording us quality time to better manage compliance. In truth, it has made our efforts more challenging. The easier it is to record, store and share data, the more we do, and ultimately the more we must review and maintain. Software has replaced some tedious tasks, like managing food formulations, technical documents, nutrition labelling and communications, but as a result, we are now working with more information in less time.

The time frame for bringing foods to market has also shrunk considerably over the past two decades, while compliance demands have increased. Regulatory compliance is involved from the beginning concepts to the finished product. Tasks that had a window of a week or more to complete are now measured in days. Communications have also evolved. We are now relying more on our smart phones to recruit information, e-mail and text – it’s a challenge to escape the continuous stream of information. Finding blocks of quality time to get to the heart of understanding compliance concerns and their solutions, is precious.

In 1997 having access to electronic copies of legislation, Canada Gazettes and the Guide to Food Labelling and Advertising was revolutionary. The Canada Gazettes ceased to be printed and delivered by mail in 2014, and are now referenced online. Overall, technology has enhanced our compliance capabilities. The bigger challenge now is looking to fulfil the earlier promise of using technology more effectively in assuring compliance.

“beneath a label,” as they require the development of processes, information systems and compliance verification methods. While technology has helped mange this, it adds more compliance considerations onto the plate of industry and CFIA regulatory professionals. Newer regulations also now tend to be more technically demanding and prescriptive. Mandatory nutrition labelling in 2002 set the stage for that – not only do the regulations dictate what information must be included on a label, they are also prescriptive in the detail of how that information is to be presented. Amendments to ingredient labelling in 2016 have followed this trend, and new regulations prescribe precisely how the information is to be presented, including line spacing. There are less stylistic options available today than in 1997. The more details to look at, the greater potential for non-compliance.

Based on my observations from working with many companies, government and in teaching, the proportion of women fulfilling technical roles in the food industry has increased dramatically. Women now dominate many interdisciplinary technical roles such as product development, nutrition, quality assurance and regulatory compliance. Several years ago, I wrote a series of articles on the history of food regulations in Canada. The influence of women on food legislation over the past 100 years in Canada is fascinating and significant. The reason Canada has margarine for example, a food that used to be banned, is predominantly related to women in Canada advocating greater consumer choices. Competency in these technical roles involves individuals not afraid to ask questions, and who have the patience to recruit and analyze the facts. Women in industry and government will no doubt have an even larger voice in the future. 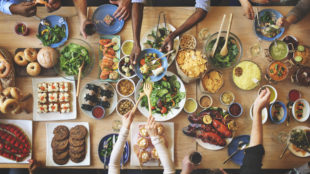