From a virus to a tyrant 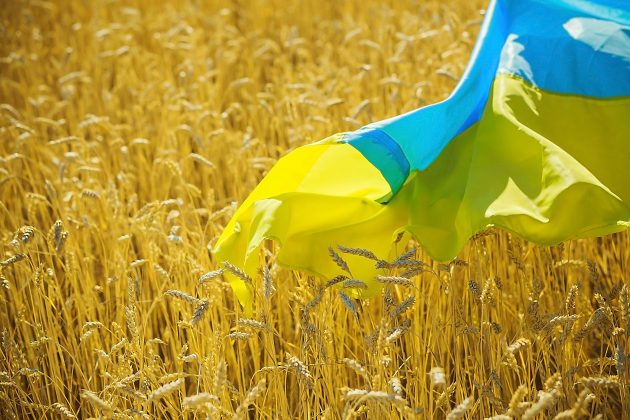 Humanity just got dealt another blow with Russia’s invasion of Ukraine. Only thinking of the human cost is unbearable. But the agri-food sector has already been impacted by the conflict in more ways than one.

First, Ukraine is Europe’s breadbasket, so this conflict will affect global commodity markets in a meaningful way. Wheat and corn futures are slowly reaching record levels. Ukraine is the ninth largest producer of wheat in the world, producing slightly less than Canada yearly. Ukraine is also the fifth largest producer of corn in the world, with 13 per cent of all world exports in corn. Agricultural activity represents about 70 per cent of the country’s land, and about 25 per cent of the world’s reserves of black soil is in Ukraine. The country has exceptional growing conditions.

But this conflict obviously includes Russia. Both countries together account for 25 per cent of global wheat exports. Barley and rye are also heavily produced in the region. All these commodities combined could compromise many agri-food companies’ access to key ingredients. The invasion  has led to a ban on all commercial vessels in the inland sea of Azov, which is the main connection to the Black Sea, where Ukrainian ports are located. Almost 90 per cent of Ukrainian grain exports are transported by sea, and marine logistics in the region have been severely compromised.

Given what has been happening around the world over the last several months with supply chain issues, saying that food price inflation will stem from this conflict is an understatement. If you think Canada is immune to all of this, given our domestic agriculture production, think again. Agricultural commodities are traded on world markets. What happens in Ukraine and Russia affects us. The world, especially the agri-food world, is deeply interconnected.

Oil is now trading between US$90 and $100 a barrel, which is the highest it’s been in over six years. Russia exports about 5 million barrels of crude per day and about half of that goes to Europe. Countries are trying to penalize Vladimir Putin’s regime without disrupting Russia’s energy exports, to help the world recover from the pandemic. This is telling of how incredibly delicate the situation is, and how Putin strategically chose his moment to invade. But if energy costs haven’t been a factor with the current food inflation problem, they certainly are now. We are expecting transportation fees to be impacted within weeks, if not days.

The fertilizer market has also been affected by this conflict. The region is a significant exporter of nitrogen, potassium, and phosphorus fertilizers. The invasion last week increased fertilizer prices globally by more than $200 a ton overnight. This is not great news for farmers who were looking to increase yields this year due to higher prices. Fertilizers were already quite expensive before the conflict in Ukraine. Canadian farmers are likely to do well with markets, but prohibitively expensive fertilizer prices could impact agricultural output in the Northern Hemisphere, including Canada. If Mother Nature doesn’t cooperate yet again, this could be another challenging year for our farmers.

Price gouging in the industry has always been an issue, and the U.S. Agriculture Secretary Tom Vilsack has notified companies already not to inflate fertilizer prices unnecessarily. It’s not a sector most consumers know about, but without the proper soil science supported by effective fertilizers, the cost of our food just wouldn’t be the same.

And make no mistake. For Russia, China is an ally. Vladimir Putin is not simply seeking to mend lost Soviet territory; he is focused on restoring Russian influence. And controlling global food supply chains with China is one way to do it. Given their production, both countries combined are agriculturally influential. So Western economies are being destabilized, yet again. For two years, it was a virus, and now, a tyrant.

In essence, what this conflict will do is bring to the agri-food sector a new layer of uncertainty, at the worst possible time. And as consumers, we need to take a deep breath and hope the conflict doesn’t last long. But we have been down this awful road before, so the prospects are not great. In the meantime, we need to stand for Ukrainians as they are the victims of evil, simply put.