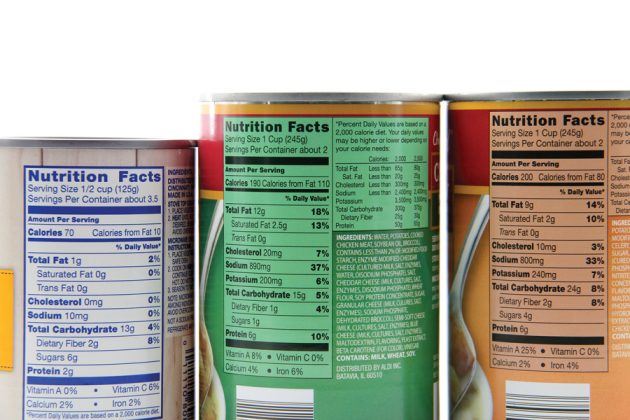 Food labelling modernization is not just a Canadian phenomenon. Our U.S. neighbours have dusted off their proposed 2018 Food Labelling Modernization Act and reintroduced it as the Food Labelling Modernization Act of 2021. The 2018 version was a reincarnation of a 2015 bill, which was based on a 2013 proposal. The 2013 version was largely a result of Congress asking the Institute of Medicine in 2009 to explore and recommend a simple and consistent front of package (FOP) nutrition labelling system to help guide consumers in making healthier food choices.

These proposed legislations had other labelling in sight as well, such as reporting the caffeine content if more than 10 mg; requiring the issuance of guidelines clarifying the scientific support needed to substantiate structure function claims for foods; and provide FDA more teeth to request such substantiation from companies. The 2018 version also required the percentage of characterizing ingredients, if highlighted, on the primary display.

The 2013 to 2018 proposed acts (bills) were not totally unsuccessful. Parts of them have been adopted. The proposed inclusion of sesame as the ninth major food allergen was adopted earlier in 2021, via the Food Allergy Safety, Treatment, Education, and Research (FASTER) Act of 2021. This becomes effective on January 1, 2023.

The 2013 version required foods containing an amount of food reasonably consumed in a single occasion to state on the label that the package contains one serving. The 2016 update to nutrition labelling introduced a requirement whereby a food unless otherwise exempt, would be required to provide nutrition information based on an applicable reference amount and per container or unit of food when it was between 200 and 300 per cent of the reference amount. This is known as dual nutrition labelling.

As in Canada, bills in the U.S. that do not receive sufficient support are not destined for success. Three versions of this bill have already been dismissed. Will the 2021 version be any different? The latest version is the most complex one, and includes a number of controversial provisions.

It has proposed rules for FOP, which also target saturated fat, sodium and sugar. It also includes requirements to identify the percentages of wheat and grain ingredients and the amounts of fruits, vegetables and yogurt, if emphasized. The addition of artificial dyes, artificial or natural flavours or non-caloric sweetener would need to be displayed on the principal display panel (PDP). It is proposed to place additional obligations on substantiation when structure function claims are made and warning statements in the case of nutrient content claims that involve nutrients at levels deemed to be unhealthy. A big one involves the definition of ‘natural’ by U.S.

Healthy representations would get updates. The ingredient list has not escaped notice this time. For readability, it is proposed to use mixed case letters, sans serif, enhanced contrast, bullet points as ingredient separators. The caffeine requirement makes its usual appearance. If phosphorus is added, that is to be reported next to the ingredient list and added to the nutrition facts table. Allergen information is to follow a similar format like an ingredient list and include gluten-containing grains. FDA is to review enhanced legibility for PDP information. Food sold online would require disclosing all label information on a website. A new whopper is that manufacturers and importers would be required to provide FDA food label information and maintain that. The bill also touches on sugar alcohol and isolate fibre labelling, updating standards in view of health considerations and infant and toddler food labelling.

The amendments would be to the Federal Food, Drug and Cosmetic Act (FDCA). They would not apply to USDA meat and poultry products. FDA would then be engaged in making necessary regulatory amendments in Title 21 Code of Federal Regulations (CFR) to fulfil the obligations in FDCA. The proposed FOP rules in the U.S., would if finalized, require U.S. FDA to create regulations. However, the regulation-creating mechanism comes with a lot of ‘instructions’, as U.S. rules are detailed. Let’s see where the U.S. takes the 2021 version. Based on history, likely not too far.

Gary Gnirss is a partner and president of Legal Suites Inc., specializing in regulatory software and services. Contact him at president@legalsuites.com.

This article was originally published in the October 2021 issue of Food in Canada.