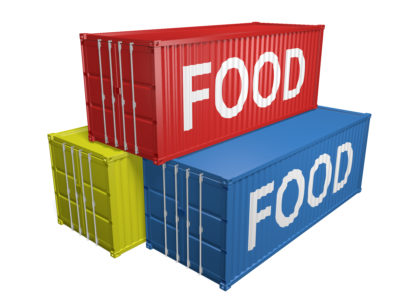 When a shipment is rejected at the border, the clock starts ticking as storage fees accumulate and delays risk disrupting carefully planned logistics. Finding the right solution often involves co-ordinating with multiple providers and regulators to determine the root cause and fix the issue.

When foods are imported into Canada, CFIA receives commercial import data electronically from Canada Border Services Agency (CBSA) via the CBSA’s Single Window Initiative (SWI) – Integrated Import Declaration (IID). SWI streamlines the sharing of commercial import data between the import community and the Government of Canada. Participating government departments and agencies rely on IID data to validate import information and to ensure requirements are being met.

The information conveyed through SWI is intended to satisfy a variety of legislative regimes. As such, service options must accommodate complex and, sometimes, disparate regulatory requirements.

Two recent issues demonstrate the importance of co-ordination among regulators and the import community.

As food distribution becomes increasingly global, so do the legal entities involved in delivering food to Canadians. Whether due to tax, commercial or residency requirements, there are many legal reasons why the Importer of Record declared for customs purposes may be a different legal entity than the SFC Licenced Importer. However, current IID data fields do not provide a method by which to declare an SFC Licenced Importer specifically. This lack of functionality presents an issue as the Safe Food for Canadians Regulations (SFCR) require importers to declare the name and address of the SFC Licensed Importer as well as the licence number. In cases where the Importer of Record and the SFC Licensed Importer are different entities, there is no way to communicate this information via IID. Further, the discrepancy has been noted by CFIA as a possible non-compliance (i.e. erroneously suggesting the wrong SFC licence number had been declared).

Solution for HS codes shared by foods and NHPs

Last December, our colleague Dr. Jon-Paul Powers wrote in this column about the confusion and delays experienced by importers of natural health products (NHPs) whose shipments were being automatically rejected at the border for failure to enter an SFC licence. The import issues arose due to the Automated Import Reference System (AIRS) linking certain HS codes with the requirement for an SFC licence. In fact, the system was not implemented in a manner that recognized that in some cases, the same HS code can apply to a food or an NHP. Specifically, when there is a regulatory jurisdictional overlap in relation to an HS code, the SWI system necessitates the import requirements be satisfied for all applicable programs. For NHPs, this meant forcing the declaration of an SFC licence, even though the import of an NHP, a subset of drugs, must occur via a site licence, not a food licence.

Resolving this issue involved co-ordination with both Health Canada and CFIA. Requests were made to add affected HS codes to Health Canada’s Regulated Commodities Data Element Matching Criteria for NHPs, and CFIA updated AIRS to include an “Other End Use” exemption such that the other government department regulating the goods can be identified.

Moving forward, Health Canada intends to co-ordinate with CBSA and CFIA to ensure exemption codes are available for any potentially new overlapping HS codes added to the Data Matching tables. Industry is encouraged to reach out and bring affected HS codes to Health Canada’s attention.

Rejected shipments lead to delays and costs. This increases the pressure on businesses to implement a “quick fix” rather than investigate and resolve the root cause. However, certain actions can trigger unintended legal consequences.

Laura Gomez and Gladys Osien are lawyers in the Ottawa offices of Gowling WLG, specializing in food and drug regulatory law. Contact them at laura.gomez@gowlingwlg.com and gladys.osien@gowlingwlg.com.