Wheat under the microscope 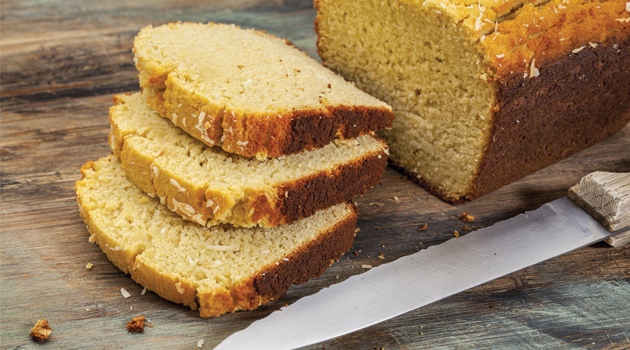 It’s no secret that wheat has had a rough ride recently. Concerns about gluten intolerance, real or perceived, appeared a few years ago and is still a factor in reduced consumption of wheat products in Canada and beyond. Attention-grabbing books like Wheat Belly by Dr. Bill Davis and Grain Brain by Dr. David Perlmutter have also caused wheat product sales to take a hit.

It’s the second bout in the ring for wheat over the last decade. With the introduction of the Atkins diet around 2002, all carbohydrates were portrayed as at least somewhat unhealthful. “It was more a relatively short-lived fad than a trend, but there’s been an anti-carb sentiment since then among some health professionals and among some of our population,” notes Paul Hetherington, president of the Baking Association of Canada. “There is now a trend toward a gluten-free diet beyond therapeutic needs.” Hetherington confirms that the publication of Wheat Belly a couple years ago has had a negative impact on the baking industry. “We are two to three per cent down in bread sales. It’s a low margin and a volume business, and the decreases are significant from an industry perspective.”

Wheat Belly
Let’s take a closer look at the claims in Wheat Belly. First it’s worth noting that Davis has backtracked on his claim that wheat in North America is genetically modified. Indeed, the same breeding techniques are used for wheat as are used for fruit and vegetables – selection and crossing of generation after generation of plants. Davis claims, however, that our digestive systems and other aspects of our health are being negatively affected by newer strains of wheat. He says wheat protein (gluten) is associated with the four-fold increase in celiac disease incidence over the last 50 years, as well as for the upswing in gluten intolerance.

Food in Canada asked Dr. Ravindra Chibbar how much gluten content has changed in Canadian wheat over the last 80 to 100 years. Chibbar is a professor and Canada Research Chair of Crop Quality, Molecular Biology and Genetics, in the Department of Plant Sciences at the University of Saskatchewan in Saskatoon. He is also a member of the Scientific Advisory Council of the Healthy Grains Institute (HGI), a not-for-profit industry-led initiative “that directs Canadians to the latest research on the benefits of whole grains.” Chibbar says 2011 research shows that Canada Western Red Spring wheat, which gives the preferred flour for bread baking, has shown a steady mean protein content of about 13.6 per cent during the last 85 years. Protein content can vary a percentage or two depending on the variety, amount of fertilizer and spring moisture, as well as temperature during grain filling.

Gluten makes up 80 per cent of total grain protein. When asked how the protein profile has changed over time, Chibbar first explains that the proteins that make the gluten complex determine the end use of the flour, such as flat bread or noodles. “The wheat breeders constantly try to change the gluten proteins to meet the requirements of the end-user to give them a variety that best suits their needs,” he says. “However, there are several very similar genes that code for the proteins that make the gluten protein complex. In any given wheat variety only a sub-set of these genes are active. Wheat breeders through the years have selected for lines that produce grain that give flour with good baking quality, such as loaf volume and/or crumb structure. This selection has caused a few genes to be turned on, while the others have been turned off.”

Chibbar agrees that there are bound to be differences in the gluten protein profiles in wheat varieties grown in various regions of the world such as Canada and the U.S. “The main point to remember is that in flour, the same wheat proteins make up gluten complex, but in different combinations of the constituent proteins,” he says, adding “To date there are no studies that link the better bread quality gluten proteins to several ailments that Dr. Bill Davis attributes to wheat.”

Gluten profile
Pierre Hucl, professor in the department of Plant Sciences at the University of Saskatchewan, says there is no clear trend in gluten composition or amount over the past decades, and that the claims in Wheat Belly aren’t justified. There is not much evidence of new types of gluten, he notes, and says the gluten in ancient primitive wheat and modern wheat is similar. “A change in protein profile has occurred, but not in the last 80 years in Canada,” Hucl asserts. “The wheat in the 1800s was bred to be better for milling. There was a shift then, but not since then.”

Hucl also points out that Wheat Belly is about U.S. wheat and winter wheat. The authors of a 2013 study in the Journal of Agricultural and Food Chemistry state that “In response to the suggestion that an increase in the incidence of celiac disease might be attributable to an increase in the gluten content of wheat…a survey of data from the 20th and 21st centuries for the U.S. was carried out. The results do not support the likelihood that wheat breeding has increased the protein content, proportional to gluten content.”

Dr. Julie Miller Jones, a HGI Scientific Advisory Council member and professor emerita of Food and Nutrition at St. Catherine University in St. Paul, Minn., says doctors and researchers do not know why there has been an upswing in celiac disease and gluten intolerance. “There are some hypotheses as to why incidence of gluten intolerance has increased,” she says. “One that has the most credence is the hygiene hypothesis – that we are too clean and that the body starts attacking proteins that are normal.”

Amylopectin A
Besides gluten, Wheat Belly also pans bread’s highly-digestible carbohydrate amylopectin A. Sugar has a glycemic index (GI) of 59 and Davis says that due to amylopectin A, a slice of whole-grain bread has a GI of 72. He points to studies showing that high-GI foods cause blood sugar spikes, which in turn are linked to cataracts, dementia, heart disease, cancer, arthritis and more.

Miller Jones confirms that the GI values above are correct, but notes that Davis “fails to mention that GI is a useful comparison only when foods within a category are compared…GI is based on equal amounts of available carbohydrate…this means that about three tablespoons of sugar is compared to three-and-a-half slices of whole-grain bread.” Another HGI Advisory Council member, Dr. G. Harvey Anderson (professor of Nutritional Sciences and Physiology at the University of Toronto), points out that GI values assume that carbohydrates are the only food in a diet. However, he says “We don’t consume three slices of bread in isolation – we’d eat it with some type of meat, cheese or spread that contains protein and fat, which slows stomach emptying, changes the GI values of the meal and impacts other hormones affecting glucose disposal.”

Two foods made with wheat can contain amylopectin A, says Jones, but can have different GI levels and be digested differently depending on their texture. “For example, standard white bread (made with flour, water, yeast and salt) has a GI in the 70s, but pasta (made with flour, water and salt) has a GI in the 30s,” she notes. “Bread’s highly porous texture makes it easy for digestive enzymes to attack the starch and quickly release glucose into the bloodstream. The compact texture of al dente pasta slows the process. Thus, it’s inaccurate to pinpoint amylopectin as the cause of bread [carbohydrates] being more highly digestible.”

From the recent discussions he’s had within industry, Hetherington believes the reduced wheat product sales trend may not yet have peaked in Canada. “It may take another 12 to 18 months,” he notes. “With any trend like this, the reality is that it will fulfill its course. Our role is to educate people about the science, and that’s why we’re big supporters of the Healthy Grains Institute.”