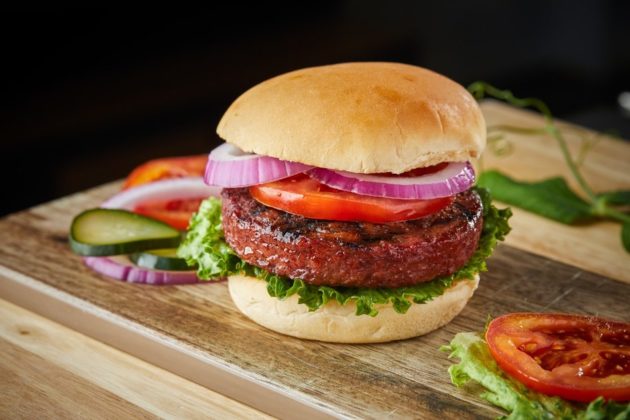 Nestlé is expanding its plant-based food range in the United States, its largest market, and in its home country of Switzerland.

The launches come just days after Nestlé announced its ambition to achieve zero net greenhouse gas emissions by 2050, including by offering more plant-based food and beverages.

In both countries, Nestlé is launching plant-based burgers and grounds, with ingredients and recipes customized to meet local tastes. All the products look and cook like raw beef and provide meat-like taste and texture.

In the United States, Nestlé’s Sweet Earth Foods has announced the launch of their newest products, the Awesome Burger and Awesome Grounds.

The Awesome Burger is made with yellow pea protein, resulting in a burger that is high in protein and fiber. Sweet Earth’s Awesome Grounds will provide the same plant-based protein in a ground version. Acquired by Nestlé in 2017, Sweet Earth has over 60 plant-based products in their portfolio.