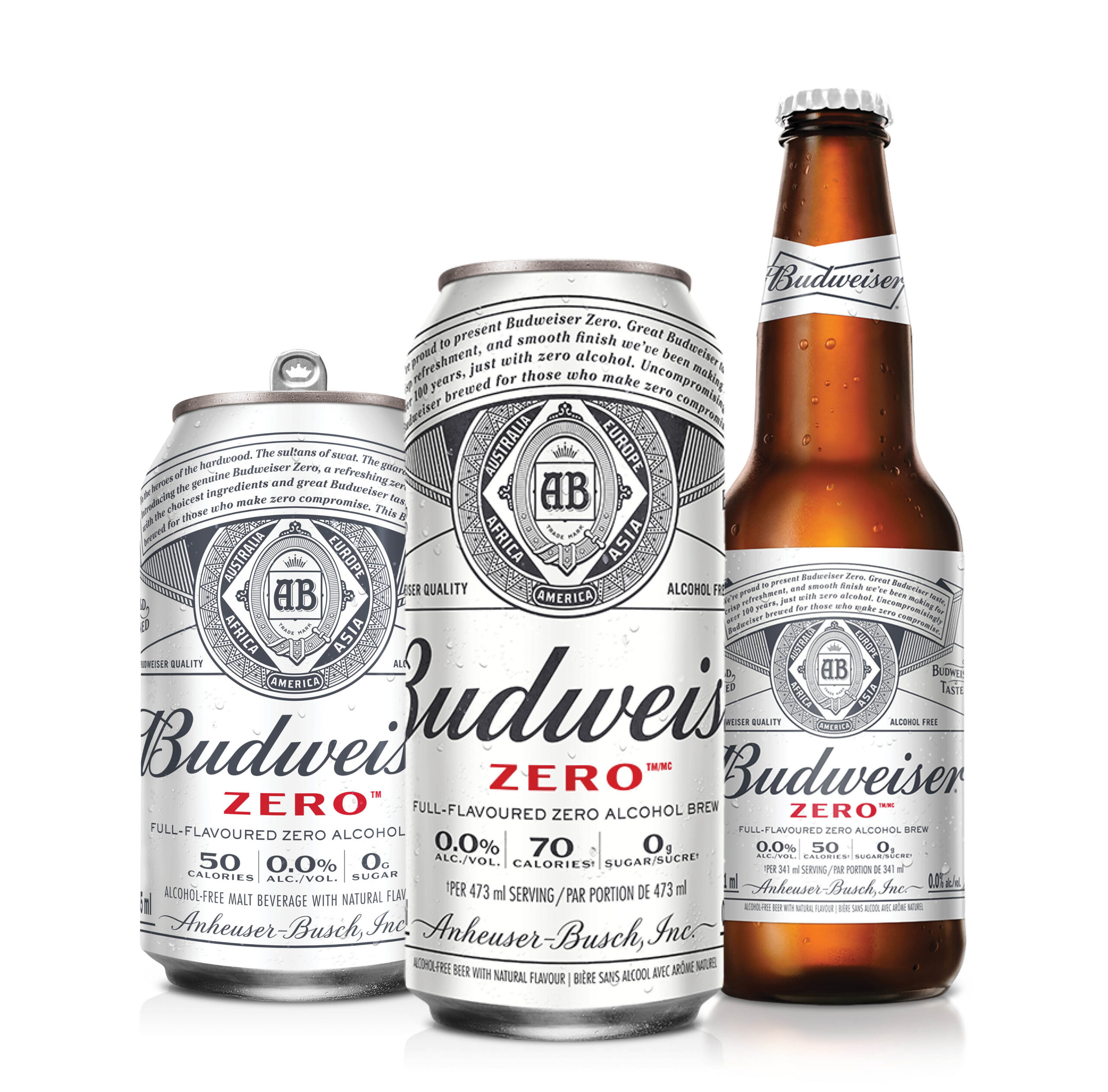 Budweiser Canada today revealed that millennials – yes, millennials – are driving the recent growth of the no- and low-alcohol beer category, and the brand is introducing a new product – Budweiser Zero – to meet the demand.

According to consumer data, the 19-to-34-year-old age group – which includes millennials and older members of Generation Z – led all demographic groups in consumption volume of non-alcoholic beer including Budweiser Prohibition Brew, launched in 2016 as Budweiser Canada’s first no-alcohol beer. Overall, 64% of no- and low-alcohol beer is consumed by those in the 19-to-34 bracket, with women most often choosing non-alcoholic beer as an alternative to sugary drinks while men see it as suitable for a variety of social occasions.

But, what’s behind this trend? Research shows that it boils down to choice. Consumers – including both men and women in the 19-to-34 group – want more and better options, particularly when it comes to products that complement a balanced, healthy lifestyle. Under the current pandemic, our mental and physical health have never been more important, and millennials are taking control of their wellbeing and making positive choices.

“As a global leader in alcoholic beverages, we have an essential role to play in reminding Canadians of the importance of moderation and positive mental and physical health choices,” said Mike D’Agostini, Marketing Director, Budweiser Canada. “In these challenging and stressful times, we’re urging Canadians to ‘Drink Wiser’ and make smart decisions for their overall wellness, and we’re encouraged that the millennial cohort is already taking a stand.”

The numbers tell the story. Between 2013 and 2018, sales of non-alcoholic beer increased by more than 50%, and over the past year, the category has grown 12% in total volume. A Mintel Reports analysis reveals that in the European market, particularly in Spain and Germany, non-alcoholic beers have gained prominence among millennials who either choose not to drink alcohol or moderate their alcohol consumption by sometimes reaching for no- or low-alcohol beers. That trend has caught on in Canada as well, as a new market of ‘sober curious’ consumers – mostly millennials who opt for alternatives to alcoholic drinks – has emerged.

This tendency towards making healthier, more responsible decisions is supported by Budweiser Canada’s commitment to moderation, according to D’Agostini. As the perception of no- and low-alcohol beer evolves and the category continues to grow, the iconic Budweiser brand is now going a step further by launching a new beer to meet consumers’ ever-changing preferences: Budweiser Zero.

“Millennials are taking charge of their health and wellness and want a refreshing beer that they can enjoy at any time,” said D’Agostini. “With low-calorie, zero-alcohol, zero-sugar Budweiser Zero, we’ve got them covered.”

Building on the legacy of Budweiser Prohibition Brew, which was a leader in growing the non-alcoholic beer segment, Budweiser Zero features 0.0% alcohol, zero sugar, and only 50 calories [per 341 ml serving].  Brewed from a brand-new recipe, Budweiser Zero reflects consumers’ desire for new and health-conscious options while offering the full-flavoured, smooth, and crisp taste that beer lovers expect from Budweiser. It’s a great choice for any occasion, and especially for people making positive lifestyle choices.

About Labatt Breweries of Canada

Labatt Breweries of Canada, one of Canada’s oldest companies, has been a leading national brewer for more than 170 years. Founded in London, Ontario in 1847, Labatt has six breweries from Newfoundland to British Columbia, and employs 3,500 skilled professionals and craftspeople.