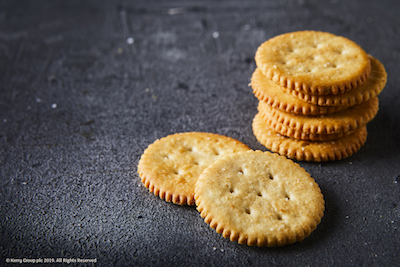 A new EU-wide test by consumer organizations has highlighted that consumers – especially the youngest – must be better protected from acrylamide in their food. To do so, the European Consumer Organization (BEUC) calls on the European Commission to lower the current indicative benchmarks1 for this contaminant and make them binding on food producers.

Regular biscuits and wafers are especially problematic, with a third of samples at or above the acrylamide benchmarks.3 Such findings are worrying as children under three often consume such products, which are allowed to contain more acrylamide than biscuits intended for babies.4 However, when checked against the lower benchmark for baby biscuits, almost two in three “regular” biscuits tested are not suitable for young children.

BEUC also requests the EU Commission to come up with benchmarks for vegetable crisps. Tests show that on average crisps made of carrots, beetroots or parsnips contain almost twice as much acrylamide as the potato versions, although they are often perceived as healthier options.

“This EU-wide test proves that it is possible to produce crisps, chips or cereals with low acrylamide content. But as long as the measures are voluntary, some manufacturers will not take the issue seriously and consumers might still be exposed to high acrylamide levels. To oblige food makers to pay more attention to this contaminant, the EU Commission must set binding limits, as we have repeatedly called for.

“Many parents give their young children biscuits and wafers that are primarily intended for older children and adults. The Commission should then propose to bring down the acrylamide benchmark for regular biscuits, so it gets closer to the one for baby biscuits. That would more efficiently protect our little ones, who are most vulnerable to acrylamide effects due to their lower bodyweight.

“This test also reveals that vegetable crisps are not as healthy as they seem to be. Until binding limits are set, the Commission should at least define indicative benchmarks for acrylamide in these trendy snacks to force producers to minimise the presence of this harmful substance.”

Acrylamide is a chemical that naturally forms when starchy food such as potatoes or cereals is baked, fried or roasted at above 120°C. Lab tests have shown that acrylamide in the diet causes cancer in animals and therefore scientists have concluded it potentially increases the cancer risk for consumers of all ages. In 2015, EFSA concluded that acrylamide in food is a public health concern.

Consumers get exposed to acrylamide through industrially-produced food (incl. crisps, bread, biscuits, coffee) but also from home cooking (e.g. if they cook fries above 175°C or burn their morning toast).

The EU acrylamide regulation has applied since April 2018. Food manufacturers, fast-food chains and restaurants must ensure acrylamide levels in their products remain below indicative benchmarks set in the law. For instance, techniques to reduce acrylamide in potato-based products include using potato varieties less likely to develop acrylamide, storing them properly, and frying them at minimum temperature.