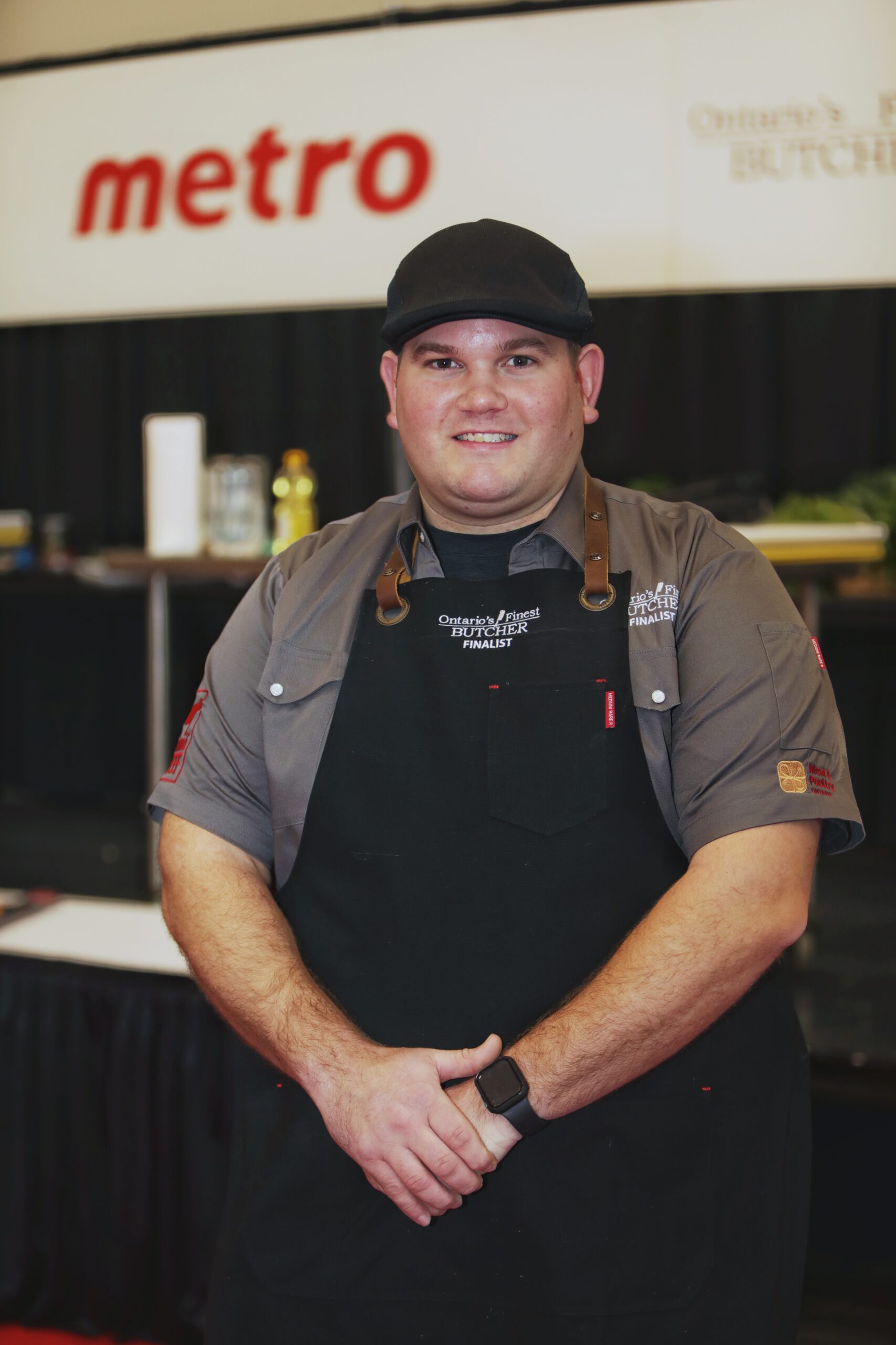 Doug Easterbrook of Townsend Butchers, Simcoe, Ont., took home the title of Ontario’s Finest Butcher in a competition hosted by Meat & Poultry Ontario (MPO) in October. Easterbrook is a four-time veteran to the competition who also competed at the World Butcher Challenge as part of team Canada earlier this year. He battled his way through 17 of Ontario’s best butchers in an elimination round held on September 12 and was one of three finalists who moved on to the final round, held October 14 at the Meat Industry Expo in Niagara Falls.

“It’s great to be a part of such a great competition. It gets you out of your comfort zone and puts your skills and experience to the test,” said Easterbrook. “It’s a fast 30 minutes; you have to be focused and prepared going into it.”

The theme for this year’s final ‘black box’ round was ‘Bougie Bites’ and Easterbrook, along with fellow finalists, had 30 minutes to transform two whole chickens, a pork loin and beef shoulder clod into several upscale, display-ready items. The finalists were judged on their level of skill, creativity and consumer-appeal. The four judges’ combined scores determined it was Easterbrook who would take home the title.

“Meat cutting is a lost art, and our industry has a constant need for skilled butchers in Ontario,” said Franco Naccarato, executive director, MPO. “We are excited to see this competition grow year over year, showcasing the amazing talent of butchers from across the province.”

“Over the years of being involved with this competition it has opened up many opportunities and built great relationships with some true professionals within the industry,” said Easterbrook.

In case you missed it, this year’s competition footage can be watched at https://www.youtube.com/watch?v=w0bw1B18EYQ.