A story on FoodNavigator.com reports that Mintel – a market research firm – has highlighted the most popular claims on consumer baking mix products in a recent update.

The story reports that those claims tend to focus on convenience and naturalness.

The story also reports that some 17 per cent of new launches in Europe in the past six months claimed “ease of use,” while 13 per cent carried “organic” labels and 10 per cent claimed to contain “no additives/preservatives.”

The story also reports that it’s crucial for home-baking products to carry clear instructions and simple ingredient lists, as well as deliver ready-to-serve formulations – if they are to counter competition from ready-made products such as cakes and bread.

Globally, Mintel’s update found that “ease of use” appeared on 17 per cent of all launches in the category in the past six months.

“Time/speed” claims accounted for five per cent of all global launches.

Other claims included a short preparation time or products that claimed to be instantly made or that contained ready-measured portions.

Over the past six months, organic products maintained a seven per cent share of global launches but activity was very much focused on just Europe, reported the story.

Around 65 per cent of all organic lines were launched in Europe in the period.

All natural was also a popular claim, appearing on five per cent of all new products, but this time it was North America that led the way, accounting for 67 per cent of all “all natural” lines.

The “no additives/preservatives” claim was found on 12 per cent of products this review period.

Natural most featured claim on products 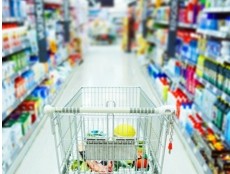