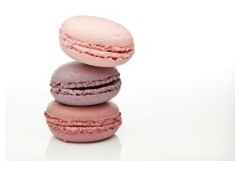 The Center for Culinary Development and Packaged Facts have released the Confections and Dessert: Culinary Trend Mapping Report. What they found is that consumers are more sophisticated and demanding when it comes to confections.

Progressive Grocer.com reports that consumer demand is creating a new “sweetscape” where flavour complexity, artisanship and nostalgia all intersect.

The report found four overarching themes that are driving trends and new product development in confections and desserts. They include:

• Indulgence: In difficult economic times, consumers seek out small pleasures they can afford and sweets are one of them.

• Flavour adventure: Consumers may enjoy traditional flavours, but they’re opening up to new taste combinations as well, at once driven by and propelling their increased enthusiasm for global cuisine. In the dessert arena, this trend is manifested in the popularization of savory sweets with international flavours and textures.

• Artisan appeal: During a time when many consumers are more preoccupied than ever with eating food that is local, sustainable or organic, consumers continue to develop an appreciation of artisan producers and products.

There are also four overarching drivers that weave across the confection and dessert trends. They include:

• Olive Oil Desserts: Sweets that use olive oil as a savory twist or as a healthier fat.
• Micro-batch Chocolate: Small, artisan manufacturers are turning chocolate-making into an art form, with an emphasis on socially conscious, environmentally friendly means of production.
• Parisian Macarons: These sophisticated sandwich cookies are appearing in more bakeries.
• Japanese Sweets: Exotic, colourful candy and cookies from Japan are making their way into the American mainstream.
• Salty Sweets: From gourmet candymakers to Starbucks, salted caramel and chocolate bacon sweets are making their mark.
• Whoopie Pies: An old-fashioned treat hailing from the Northeast, these hand-held cake sandwiches are catching on all over.
• Caramelized Flavours: From butterscotch to dulce de leche, authentically created caramelized flavours are back on the front burner.