Are higher food prices and fewer food choices for Canadians on the horizon? 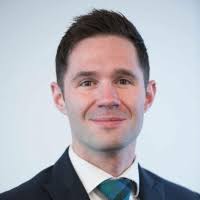 The repercussions of the COVID-19 pandemic have made it harder for temporary foreign workers (TFWs) to travel to Canada to work in food production, as they normally would, at the same time that there are large numbers of unemployed Canadians due to the economic lockdown.

Some people, including policy-makers, might be tempted into believing that perhaps the two problems can solve each other, by deploying Canadian workers to the farms, ranches and food-processing plants to fill the jobs that would normally go to TFWs. It is simply not the case.

The University of Calgary School of Public Policy with author, Robert Falconer, has released the second report in a series that examines the role of temporary foreign workers (TFWs) in the Canadian agriculture sector. The report provides solid policy options for securing Canada’s agricultural sector, while improving labour conditions and outcomes for migrant workers.

According to Falconer, “History suggests that any attempt to manage our food supply system without a heavy reliance on foreign workers could easily result in higher food prices and poorer food choices for Canadian consumers at the supermarket. For decades, food producers have tried to utilize more domestic labour through various means, including higher wages. However, Canadian workers have, for various reasons, largely been reluctant to work on farms or in other parts of the food-processing system and food producers have been forced instead to resort to a combination of technological solutions and an imported, temporary labour force.”

The report can be found online at www.policyschool.ca/publications/