It’s a long way from producing radio news reports to producing red wines, but Keith Watt made the leap from veteran journalist to vintner when he purchased a 25-acre oceanfront property on Pender Island off British Columbia’s rugged west coast in 1992. At the time, this was a bush-filled, rocky, steep landscape. “But rocky and steep terrain is good for grapes, and coupled with the fact that we have Mediterranean-like summers it’s the right prescription to craft my lighter, aromatic wines,” says Watt.

Watt began planting his vines in 2001 at his Morning Bay Estate Winery, one of nearly 140 wineries in the province collectively producing over 60 varieties of wines. The next year he erected a mile of terraces, five miles of trellis and a million-gallon pond as a reservoir for snow-melt for the dry season. In the fall of 2006, Morning Bay harvested its first vintages – a Gewürztraminer-Riesling blend, a Shonberger-based blend, and a Pinot Noir-based rosé called Chiaretto. Recent releases include a 2006 Sauvignon Blanc and a 2006 Estate Bianco.

“Our nutrient-rich soils and moderate warm temperatures made it possible for us to get that first crop in a little over three years,” says Watt. “For many start-ups it can take five years and longer to gain maturity on their vines.” It’s a long wait for a return on investment. And in an industry where it takes about a ton of grapes to yield a little over 140 gallons (about 530 L) of wine, most winemakers agree their craft necessitates patience, viticulture skills and developing viable long-term business plans.

Blessed in natural attributes, B.C. has nurtured a vibrant wine industry, one that reaped over $151 million in sales in 2006/2007, a nine-per-cent increase over the previous 12-month period. It’s a different situation in Nova Scotia, where winemaking has an oenological tradition dating back to the 1600s, but where the industry has only recently started to make a comeback. Marketing the province’s winemaking heritage under the slogan “North America’s ‘oldest’ new wine region,” the Bedford-based Winery Association of Nova Scotia includes nine established wineries – two fruit wineries and seven grape wineries – and up to 50 vineyards scattered throughout the province, primarily small farm gate operations of between two and 60 acres. “And up to five new wineries will be coming on board over the next few years,” states association spokesperson Christine White. Total retail sales for Nova Scotia’s wines are up to about $8 million annually.

“Our wine industry rarely gets the attention it deserves,” says White, pointing out that the cool climate and the East Coast’s warm falls allow for extended ripening suitable for growing French hybrid varieties that are interbred with more disease-resistant North American vines. “The region may not yet be firmly placed on the international wine map, but Nova Scotia winemakers are quickly developing a reputation for producing beautiful wines from these unique grapes,” she says. Those French hybrids include Baco Noir, Leon Millot, Luci Kuhlman and Marechal Foch that produce red wines, and L’Acadie Blanc, Muscat, Seyval Blanc and Vidal that produce white wines and icewines.

“Even with careful management, growing grapes here is a challenge,” says Bruce Ewert, owner and winemaker of L’Acadie Vineyards, Nova Scotia’s newest winery, located in the Gaspereau Valley region. Opened last May to much fanfare, it’s also the province’s first certified organic winery. “We’re influenced by the Atlantic Ocean, rather than by lakes, and that translates into cooler springs with later bud-break, which is beneficial to avoid bud damage by spring frosts,” he explains.

Bringing a wealth of sparkling wine experience garnered in B.C.’s wine industry, Ewert is focused on producing traditional method sparkling wines based on the L’Acadie grape, which makes a tangy table wine. “L’Acadie is a versatile grape and has proven itself in various styles,” explains Ewert. “I made sparkling from Riesling for years in B.C. and I see a similar flavour development in L’Acadie.” Traditional method sparkling wine requires aging for multiple years on yeast lees and fermenting in the bottle in order to produce fine bubbles. Specialized equipment such as riddling racks help remove the yeast sediment from the bottles. Aside from sparkling wines, L’Acadie Vineyards now offers other wine styles, notably the 2007 L’Acadie Star, which won a double gold medal at the 2008 All Canadian Wine Championships.
Also reaping numerous accolades for its sweet wines is Newburne, N.S.-based Lunenburg County Winery, which specializes in fruit wines and grape wines produced on its 100-acre farm. “Our province is famed for its apples and fruits, and our wines are made from 100-per-cent Nova Scotia fruit, including our 100-per-cent Nova Scotia estate grape wines,” says Heather Sanft, the winery’s president. “We use no fruit extracts, only the real fruit, no grape or apple bases with a fruit essence thrown in.”

Sanft’s husband and master winemaker, Daniel, describes his recipe: “It’s a cold fermentation process, followed by pressing, secondary fermentation and filtering. Aging is usually six months to one year depending on the fruit. Since we only use ripe produce, the fruit sugar levels, or bricks, are good and high when they go into primary fermentation, not like high-acid red grapes which need time in oak to soften and mellow.” Lunenburg County Winery has snagged silver trophies in the All Canada Wine Championships for its Mushamush Muscat (Medium-Dry) and its Honey Moon Wine (Medium), as well as medals for its Blackcurrant (Sweet) in international competitions. “We’re now selling everything we produce,” says Sanft.

That’s sweet music to the Canadian Vintners Association (CVA), which reports that wine volumes grew by about six per cent in 2007, while revenue inched up approximately two per cent last year. Canadian per capita consumption of wine (ranked sixth in the world) is about 14 L per year for consumers within the legal drinking age, compared to 20 L per year in the U.K., and 80 L in France. Wine consumption continues to gain strength, with almost four in 10 drinkers saying they drink more wine today than they did two years ago.

“Canada’s wine sector is characterized by new investments in world-class wineries, aggressive new plantings of vinifera varietals, diversified wine offerings, expanding exports and greater recognition of its ability to produce fine wines at competitive prices,” says Jay Wright, a CVA board member and president and CEO of Vincor Canada one of the largest producers and marketers of wines in Canada, with leading wine brands such as Jackson-Triggs and Inniskillin.
Yet one of the biggest trends in winemaking, says Wright, isn’t in new ingredients, but rather in packaging. “Wine is becoming an everyday product consumed with food, so wine suppliers such as Vincor are bringing consumers more convenience by offering options such as screw-top bottles instead of the traditional cork, tetrapaks and PET plastic bottles, thus making it easy for people to take wines along on picnics and camping trips. Consumers have embraced these innovations.”

Ontario wineries are also benefiting from consumers opting to “trade up” to premium wines, according to Chris Layton, spokesman for the 600-store Liquor Control Board of Ontario (LCBO). Layton notes that sales of premium Ontario VQA wines were up in 2007 by 11 per cent to $65.3 million, compared to $59.2 million in 2006. “It’s boomers who are driving demand,” he says. “They like matching their wines with foods, and Ontario wines – our Cabernets, Rieslings and the Syrah (also known as Shiraz), one of the newest varietals in the Canadian wine repertoire – are well suited to that purpose.”

Although the giants of Ontario wineries are concentrated in Niagara, Lake Erie North Shore and Pelee Island, Layton acknowledges that the fledgling winemaking industry in Prince Edward County is making inroads. “It’s definitely growing, though there’s not much name recognition as yet with the region.” Richard Johnston intends to change that. He owns By Chadsey’s Cairns, three vineyards stretching across an eastern shoreline of Lake Ontario. “Our property is based in limestone soil, the holy grail element in cool viticulture regions,” he says. “However, it’s the extra push of warmth from the lake that allows this land to transcend the region’s marginal grape growing status and take advantage of the unique soils.” Recent vintages from Johnston’s winery include a 2006 Chardonnay Unoaked, a 2006 Marlot/Cabernet Franc and a 2006 Riesling.

Wine regions in southern Germany and Burgundy are considered classic cool-climate viticulture areas, “But Prince Edward County is way cooler,” adds Johnston. “And just like Niagara in the 1970s, we’re breaking conventional boundaries of what is considered possible in the successful cultivation of vitis vinifera grapes, the European varietals of classic great wines. We’re accomplishing this through hard work.”

Watt echoes that sentiment. “I’ve cut my winery out of the bush and tended each of my vines by hand,” he says. “Bottom line, winemaking is all about time, planting, cultivating, growing each grape to full maturation. In this business, there’s no rushing Mother Nature.” 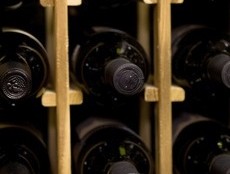